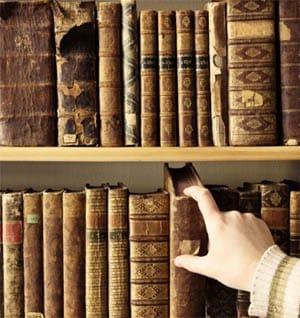 Marion Nestle
UNSAVORY TRUTH
How Food Companies Skew the Science of What We Eat
Basic Books, 2018
Just as Big Pharma has corrupted medicine, so Big Food has corrupted nutrition. The nutrition societies, committees, and government departments that are supposedly protecting us are actually in the food industry’s pocket. In this documented expose, renowned food expert Marion Nestle reveals how big food companies took over nutrition science, and proposes ways to take it back.

Megan Black
THE GLOBAL INTERIOR
Mineral Frontiers and American Power
Harvard University Press, 2018
Since the 1800s, the U.S. Department of the Interior has worked to satisfy American industry’s insatiable demand for raw materials. Using many justifications — manifest destiny, hemispheric pacification, Cold War, globalization — its consistent goal has been to ensure that the nature was at the disposal of American hegemony.

Boris Frankel
FICTIONS OF SUSTAINABILITY
The Politics of Growth and Post-Capitalist Futures
Greenmeadows, 2018
If post-growth societies are to have a chance of success, it is first necessary to have at least some minimal idea of how highly integrated socio-economic relations and resources can be altered. This book subjects both conservative and reform-orientated defenders of capitalist societies on the one side, and the policies and imagined futures advanced by green and socialist critics on the other to detailed scrutiny.

Valerie Lannon and Jesse McLaren
INDIGENOUS SOVEREIGNTY AND SOCIALISM
International Socialists, 2018
“As the two Row Wampum made clear 400 years ago, it is not up to settlers to steer the course of Indigenous national liberation movements but to provide unconditional support. This requires revolutionizing settler society, by building unity and solidarity within the working class, which includes Indigenous workers.”

Irus Braverman
CORAL WHISPERERS
Scientists on the Brink
University of California Press, 2018
Today’s coral scientists are struggling to save coral reef ecosystems from the imminent threats of rapidly warming, acidifying, and polluted oceans. Gleaning insights from leading scientists and conservation managers, Braverman documents a community caught in an existential crisis and alternating between despair and hope. Corals emerge not only as signs and measures of environmental catastrophe, but also as catalysts for action.

Tim Rogan
THE MORAL ECONOMISTS
R.H. Tawney, Karl Polanyi, E.P. Thompson, and the Critique of Capitalism
Princeton University Press, 2018
What’s wrong with capitalism? Answers to that question today focus on material inequality, but an earlier generation radical writers focused on human solidarity and the “moral economy” — everything that mainstream economics leaves out. Rogan examines the alternatives they offered, explains why their critique fell into disuse, and suggests ways to reformulate it in the twenty-first century.

Maryn McKenna
BIG CHICKEN
The Incredible Story of How Antibiotics Created Modern Agriculture
and Changed the Way the World Eats
National Geographic Books, 2017
In the middle of the last century, antibiotics fueled rapid rise of chicken from local delicacy to everyday protein source. The consequences — to agriculture, to human health, and to modern medicine — were devastating. McKenna shines a light on the hidden forces of industrialization, the repercussions of runaway antibiotic use, and the outcome for future generations.