By failing to name the system responsible, the new Living Planet report undermines its own call for a collective response to the biodiversity crisis. 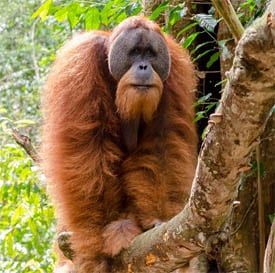 By failing to name the system responsible, the new Living Planet report undermines its own call for a collective response to the biodiversity crisis.

By obscuring capitalism with a term that is merely one of its symptoms – “consumption” – there is also a risk that blame and responsibility for species loss is disproportionately shifted onto individual lifestyle choices, while the larger and more powerful systems and institutions that are compelling individuals to consume are, worryingly, let off the hook.

Who is ‘humanity’ anyway?

The WWF report chooses “humanity” as its unit of analysis, and this totalizing language is eagerly picked up by the press. The Guardian, for example, reports that “the global population is destroying the web of life”. This is grossly misleading. The WWF report itself illustrates that it is far from all of humanity doing the consuming, but it does not go as far as revealing that only a small minority of the human population are causing the vast majority of the damage.

The catch-all word “humanity” papers over all of these cracks, preventing us from seeing the situation as it is. It also perpetuates a sense that humans are inherently “bad”, and that it is somehow “in our nature” to consume until there is nothing left. One tweet, posted in response to the WWF publication, retorted that “we are a virus with shoes,” an attitude that hints at growing public apathy.

The WWF report urges that a “collective voice is crucial if we are to reverse the trend of biodiversity loss,” but a collective voice is useless if it cannot find the right words. As long as we – and influential organisations such as the WWF, in particular – fail to name capitalism as a key cause of mass extinction, we will remain powerless to break its tragic story.

Reposted from The Conversation under a Creative Commons — Attribution/No derivatives license.