As the great American labor organizer and socialist Mary Harris ‘Mother’ Jones said: “Sit down and read. Educate yourself for the coming conflicts.” 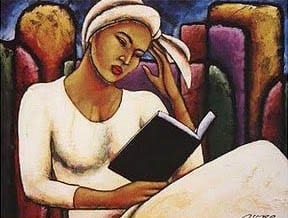 It’s two years since I published my last Essential Reading list. Since then I’ve received many suggestions for additions, and many new books have been published. It’s time for an update.

As before, the list does not pretend to be complete. I could easily triple the number of titles without covering the field, but I’ve arbitrarily limited it to 20 books, which forced me to drop some very good books, including some that were on previous lists.

My selection criteria are subjective: these are books that I have found particularly valuable, that I refer to frequently, and that I often recommend to others. I make no apology for including two of my own books — if I didn’t think people ought to read them, I wouldn’t have written them.

I’ve limited the list to books that are in print and readily available. I’ve avoided academic texts, and books that aren’t clearly Marxist. There are many good non-Marxist books, of course, but this is a Marxist reading list!

Each person approaches ecosocialism with a different background and different interests. A basic book for one might be too difficult for another. With that caveat in mind, these are books that I often recommend to people who want an introduction.

These are essential books but they are not easy reading. They require careful attention and study. Each investigates Marx’s views on the relationship between society and nature from a different angle —and as Marx said somewhere, there is no easy road to knowledge.

11. Ian Angus and Simon Butler. Too Many People? Population, Immigration, and the Environmental Crisis. Haymarket Books, 2011

19 Andreas Malm. Fossil Capital: The Rise of Steam Power and the Roots of Global Warming Verso, 2016