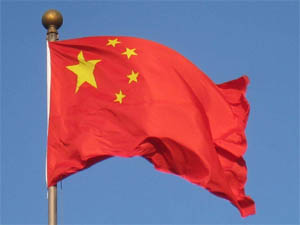 David Schwartzman is Professor Emeritus of Biology, Howard University, Washington DC. This is a revised version of a paper he gave at the 2nd World Congress on Marxism, Peking University, May 5-6, 2018.

We now hear daily the news about the tariff conflict with the U.S. and the ongoing protests in Hong Kong. But there is a critically important question regarding China’s current and future global impact, that of its potential leadership towards a post capitalist future while confronting the climate crisis.

In December 2016, President Xi Jinping called for the “building of socialist ecological civilization” for China, and “policies [that] contribute more to a greener China and global ecological security” (Xinhua, 2016). This commitment is very welcome, especially since the U.S. and global environment are currently under assault by the Trump administration as a result of withdrawal from the Paris Agreement and the undermining of the U.S. Environmental Protection Agency.

I highly recommend Gare’s (2012) paper for its thorough discussion of the prospect of an ecological civilization and the necessary changes in China’s political economy to make this transition possible.

Ecosocialist writers have invoked a similar goal for global civilization, “Creating an Ecological Society” (Magdoff and Williams, 2017), Foster (2017) and “solar communism” (Schwartzman, 2013a, 2016; Schwartzman and Schwartzman, 2019).

However, there is a huge threat facing humanity which will potentially block achievement of this goal for many generations in the future, the ever growing threat of catastrophic climate change (C3), recognizing as well as the continuing threat of nuclear war. Tipping points to C3 grow ever closer, with a narrowing window of opportunity to keep warming below 1.5 deg C, by the end this century, the goal of the Paris Agreement, promoted by several most vulnerable countries in the global South.

In October 2018, in an historic report, the IPCC (2018) strongly backed this goal, recognizing that meeting a 1.5 deg C target is still possible, requiring deep and early carbon emissions reductions and obviously far-reaching and unprecedented changes in all aspects of society. In their model pathways with no or limited overshoot of 1.5°C, global net anthropogenic carbon dioxide emissions decline by about 45% from 2010 levels by 2030, reaching net zero around 2050. Further, this report recognized that negative carbon emissions are imperative, coupled with radical and early reductions in carbon emissions.

Only a robust global commitment to achieving this goal will effectively confront the threat of C3, requiring a strong decline in GHG emissions starting in the near future, rapidly phasing out fossil fuels, combined with even stronger growth of renewable energy supplies and sequestration of carbon from the atmosphere to the soil and crust to bring the atmospheric carbon dioxide level below 350 ppm.

In addition, the agricultural sector must be addressed with a shift from industrial and GMO modes to agroecologies (organic agriculture), including the termination of factory farming of meat production and massive beef production from cattle. We have a full discussion of this C3 prevention program in Schwartzman and Schwartzman (2019).

In summary, I submit there are three critical requirements for achieving the goal of a global ecological civilization in this century; demilitarization (current global military expenditures are close to $2 trillion a year, with the U.S. responsible for roughly one-half), solarization of the global energy infrastructure (fossil fuels now constitute 85%), and a transition to organic agriculture (agroecologies, permaculture, e.g., see FAO, 2015). See Schwartzman and Schwartzman (2019) for an in-depth discussion of these requirements.

China can lead the world

In view of the fact that China has the largest renewable energy capacity and leads the world as a producer of renewable energy technology (Renewables, Global Status Report, 2018), she has the historic potential of leading a global ecosocialist transition. However, a thorough assessment of the contradictions in Chinese political economy and energy/environmental policy is needed to inform an analysis of how this potential could be realized. Smith (2015) provides a very critical account of China’s environmental record.

Coal has long been a major energy source for China. Its combustion has driven very unhealthful levels of air pollution, especially in Chinese cities. An estimated 1.6 million deaths/year or nearly 20% of all deaths were found to be caused by air pollution (Rohde and Muller, 2015). A recent growth in coal power plants (McGrath, 2018) has apparently led to a significant increase in carbon emissions, the fastest growth in seven years (Hornsby and Hook, 2018). Especially unwelcome is China’s climate-killing investment in coal extraction (such as in Africa, see Garzon and Salazar-Lopez, 2017; Shukman, 2018).

Nevertheless, there was been some progress in recent years. Air pollution levels in Beijing have been significantly reduced (Shih, 2019b; Editorial, 2019). However, “Despite the improvement in Beijing, however, other regions in China appeared to be moving backward as local authorities sought to stoke growth amid an economic slowdown, said Lauri Myllyvirta of Greenpeace.” (Shih, 2019b). And despite its improvement, Beijing’s air quality ranked the 10th worst among major cities, as of September 15, 2019 (IQAir Air Visual, 2019).

On the other hand the plan to create a next-generation transmission grid (Temple, 2018) is a positive step to a sufficient infrastructure for expansion of China’s renewable energy capacity, meeting and going beyond her commitments in the Paris Agreement. It should be noted that a transition to subsidy-free renewables is planned by 2021 apparently because wind and solar will no longer need subsidies to compete with existing coal and gas (Parkinson, 2019).

Another welcome step is China’s apparent speedup of its commitment to peak carbon dioxide emissions:

“China’s emissions of climate-warming greenhouse gases are likely to peak by 2022 even without the introduction of tougher policies, well ahead of an original target of “around” 2030” (Stanway, 2019).

According to one source (Fairley, 2018), China is retreating from its ambitious commitment to build nuclear power plants. We have critiqued the claim that nuclear power is a good choice for carbon-free energy, particularly because of the massive investments and long time to have it feed electricity into the grid compared to wind and solar power of equal or even greater capacity (Schwartzman and Schwartzman, 2019).

Climate science is telling us that the replacement of fossil fuels must come as soon as possible to have a chance to keep warming below 1.5 °C. For the same reason, China’s investment in uranium mining in Namibia, her largest investment in Africa to date, is unwelcome (Deboom, 2018). Rather, investment should be encouraged for renewable energy supplies, e.g., concentrated solar power in the Namibian desert.

David Harvey made a presentation on the Circuit of Capital summarized from Marx’s Capital, volumes 1 and 2 to a plenary of the 2nd World Congress on Marxism in May 2018. On a powerpoint image of this Circuit he pointed to a potential source of danger for China’s economic stability and growth. Capital reproduction inherent in capitalism is by many observers a reality in China today. While some socialists prefer to characterize Chinese political economy as “market socialism” (e.g., Losurdo, 2017), or as the Chinese leadership say “socialism with Chinese characteristics” (Wikipedia, 2019), others have a different analysis, emphasizing the dominant role of capital reproduction (e.g., Gare, 2012; 2017).

A leading Marxist scholar, Robinson (2018) argues that a large part of Chinese capital is really a component of transnational capital, recognizing the contradictions within nation states which impact on the transnational capitalist class. An example is how China is intervening in the global financial sector (Rabouin, 2019).

The achievements of the last decades of economic growth in China are undeniable. What stands out is the remarkable increase in life expectancy. “Chinese average life expectancy increases by 8.6 years in 35 years… The development in the field of health services has brought concrete benefits to the Chinese people,” said the document titled “Development of China’s Public Health as an Essential Element of Human Rights.”

“China is best understood as a capitalist economy going through the stage of primitive accumulation with the state serving the interests of the bourgeoisie, with its pre-eminent concern to assure high profitability of business enterprises by dispossessing the peasantry of means of production to create a pliable proletariat in the cities. It is more complicated than this, however. Transnational corporations have been the greatest beneficiaries of the cheap labor and lax environmental regulation. The local bourgeoisie use everything at their disposal to increase their share of profits.… but often work on very low margins and are very susceptible to changes in the global economy. The central government also makes some effort to ameliorate the conditions of employees, but decentralization of government with local government performance defined mainly in terms of growth of GDP and therefore primarily oriented to attracting and maintaining foreign investment, along with a corrupt and ineffective legal system, means that the government effectively sides with capitalists against employees and local populations. And it is becoming evident that many officials and Communist Party members are leading capitalists, and are aligned with international capital rather than local capital.” (p.13-14)

Returning to the potential of China becoming a world leader in ecosocialist transition, I argued in Schwartzman (2016):

“As in the industrial revolution, capitalist growth in China was driven by the consumption of several billion tons of coal, and as a result China now has the highest carbon emissions in the world (Andreas Malm, Fossil Capital, London: Verso, 2016, pp. 327-66). But China is also the biggest investor in wind/solar technologies. Could China actually emerge as the leader of an ecosocialist path for the rest of the world? Could this be the outcome of class struggle of sufficient power growing out of both the huge negative impacts of its industrial infrastructure on its population, and the paradox of its capitalist development under the banner of ‘communist’ ideology, with remnants of twenty-first-century socialism still in place?” Note 28, p.158.

But what is even more significant is the ongoing vigorous resistance of Chinese workers and citizens to the present mode of economic growth (Li et al., 2016) as well as dissent even from Chinese intellectuals living in China (Ma and Xu, 2017). We should take note that there are Chinese students who take their Marxism seriously, acting in solidarity with striking workers, with government repression of their efforts (Shih, 2019a).

Call me a dreamer, but I have confidence that the people of China will realize their potential to lead the world in ecosocialist transition from this world now dominated by militarized fossil capital, towards a future for our children and grandchildren in the 21st Century, the realization of a Global Ecological Civilization.

Gare, Arran. 2017. “From ‘Sustainable Development’ to ‘Ecological Civilization’: Winning the War for Survival.” Cosmos and History: The Journal of Natural and Social Philosophy 13 (3):130-153.

Kovel, Joel. 2002. The Enemy of Nature: The End of Capitalism or the End of the World? New York: Zed Books.

Losurdo, Domenico. 2017. “Has China Turned to Capitalism? – Reflections on the Transition from Capitalism to Socialism.” International Critical Thought 7 (1), 15-31.

Robinson, William. I. 2018. Into the Tempest: Essays on the New Global Capitalism. Chicago: Haymarket Press.

Schwartzman, David. 2013a. “The great bifurcation and prospects for solar communism in the twenty-first century.” International Critical Thought 3(4), 480–495.

Schwartzman, Peter and David Schwartzman. 2019. The Earth is Not for Sale: A Path Out of Fossil Capitalism to the Other World That is Still Possible. Singapore: World Scientific.