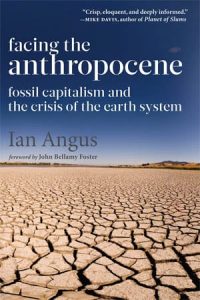 As TV newscasters say, ‘This just in …’

The panel charged with investigating whether a new epoch in Earth history has begun has taken a major step towards approval of the Anthropocene as a formal unit in the Geological Time Scale.

Following an informal presentation to the International Union of Geological Sciences in 2016, the Anthropocene Working Group committed to further research leading to binding votes that would require a 60% majority. The results of those votes were announced today, May 21, 2019.

Should the Anthropocene be treated as a formal chrono-stratigraphic unit defined by a GSSP?

Should the primary guide for the base of the Anthropocene be one of the stratigraphic signals around the mid-twentieth century of the Common Era?

Translation: Should geologists formally recognize the Anthropocene as a new epoch that began around 1950?  Absolutely yes!

So far as I can tell from a distance, the 4 dissenters oppose declaring a new epoch on the grounds that humans have been changing the world for thousands of years. The majority view is that after millennia of gradual changes, a period of unprecedented and qualitative global change began in the mid-20th century.

This ends the latest phase of the scientific debate. The AWG’s next task is to select a GSSP or “golden spike” — a specific place that scientists can use to identify the beginning of the Anthropocene in geological strata. The group will meet in Germany next week to develop a work plan: at least 10 locations are under active consideration.

I expect that the AWG will submit a formal recommendation, including a GSSP, to geology’s various governing bodies, in 2020.