Under the guise of women’s rights, billionaires are promoting population control in sub-Saharan Africa

Last year, multi-billionaires Bill and Melinda Gates announced that their foundation will pay for millions of poor women in sub-Saharan Africa to receive injections of long-lasting hormonal contraceptives.

Anne Hendrixson, Assistant Director of the Population and Development program at Hampshire College, argues that advocates of women’s rights should oppose the Gates plan as population control in a new guise.

Anne has kindly shared the text of her talk on the issue, presented to the opening session of the From Abortion Rights to Social Justice: Building the Movement for Reproductive Freedom conference held in AmherstMassachusetts in April.

The conference, organized by HampshireCollege’s Population and Development (PopDev) and Civil Liberties and Public Policy (CLPP) programs, drew over 1,000 people from 132 campuses and 260 organizations.

Anne’s talk was one of 14 short presentations a wide range of women activists, writers and organizers at the the opening session, Speaking Out for Reproductive Freedom.  Videos of all the talks can be viewed on CLPP’s YouTube Page. 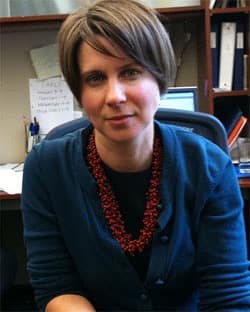 As a long-time advocate for feminist population politics, it is ironic for me that I celebrate my birthday each year on July 11: World Population Day.

And last year on my birthday, all the major international reproductive health organizations and donors —like UNFPA, USAID and the Gates Foundation — convened in London.

They were not there to celebrate my birthday.

They were hosting the 2012 London Family Planning Summit where they rolled out a 4.3 billion dollar family planning strategy. The strategy is focused on voluntary fertility control. Its main goal is to reach 380 million women in the global South with contraceptives by 2020. Abortion is excluded, because major donor Melinda Gates is anti-choice.

Melinda Gates hails this as the biggest investment in women in history.

But this “investment in women” wasn’t made on International Women’s Day. It was made on World Population Day. And this is telling.

Is this so-called “rebirth of family planning” an investment in women?

Or is it a re-investment in retrograde population control thinking?

By focusing on women and fertility on World Population Day, the Summit revived notions that poor, women of color in the global South are victims of their own fertility, and the reason for population growth.

It reinforces retro ideas that population growth, and therefore women of color, are the reason for poverty.

This “rebirth of family planning” is not a win for reproductive justice. It is a cause for deep concern.

An influx of hormonal contraceptives into Southern Africa and South Asia will not safeguard people’s reproductive health and freedom.

With number-driven targets aimed at women of color, lack of safe abortion, and a limited menu of contraception options, it may be the “rebirth of population control.”

In anticipation of right-wing backlash against this limited, family planning agenda, the Gates Foundation rolled-out a website: No-Controversy.com. When I first visited the site, it read, No Controversy in Contraceptives.

The argument seems to be that if I agree with contraception access, which I do, I’ll agree with the Gates agenda, which I firmly, and passionately, don’t.

So to the Gates Foundation, I say, Yes Controversy!

Controversy for freedom from coerced and forced sterilization!

Controversy to hold international donors and organizations accountable for what they do!

Controversy to build an inclusive and righteous reproductive justice movement!