Silent Spring helped lay the basis for a radical ecological critique of capitalism. Half a century after first publication it’s a book that has never been so important. 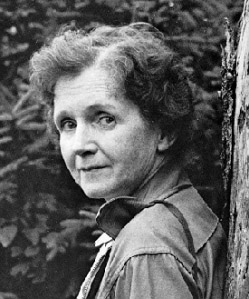 The publication of Silent Spring 50 years ago in September 1962 caused shockwaves through an America dominated by the belief that, through technology, humans could dominate nature in their own interests. The book and its author, Rachel Carson, are credited with inspiring the modern environmental movement.

Born in 1907, Rachel Carson had been a biologist working for the US Fisheries Bureau, but became a full-time writer in the 1950s. Her trilogy of books on the sea explored ocean life and had been bestsellers. In Silent Spring she examined the growing environmental problems caused by pesticides, locating the problem in the wider interaction of humans and the natural world. It was a book that was rooted in growing environmental awareness, particularly public understanding of the dangers from radiation.

The pesticide industry had its roots in chemical weapons manufacture. Since the 1940s over 200 chemicals had been created to deal with pests. This had led to “the contamination of man’s total environment with such substances of incredible potential for harm – substances that accumulate in the tissues of plants and animals and even penetrate the germ cells to shatter or alter the very material of heredity.”

Much of the success of the book was in Carson’s ability to clarify complex scientific ideas. To an American readership coming to terms with fallout from weapons testing she added concern for the “mutagens” in some pesticides – chemicals that could also modify genes.

In addition to pointing out the health problems caused by pesticides, Silent Spring also explains why the chemicals fail at their intended purpose. There are a number of reasons for this: insects evolve to cope with poisons, or the pesticides destroy natural predators. Carson says the problem is not just with the technology, but also in its application which doesn’t consider the wider impact of the chemicals on complex ecologies.

Carson thought that pesticides came from the “Stone Age of science.” But she wasn’t anti-science. The alternative to pesticide use was still often highly technological. One alternative might be the introduction of insects made sterile in the laboratory to undermine the viability of insect populations.

But however logical these arguments were, Carson understood that the irrational use of chemicals was rooted in “an era…in which the right to make a dollar at whatever cost is seldom challenged.”

For such statements Carson was labelled a communist. She was not, but John Bellamy Foster has shown how she was influenced by several people who had wider left wing politics. One such influence was the British scientist Arthur Tansley who came up with the concept of the ecosystem. Tansley was a student of the zoologist E. Ray Lankester, a friend of Karl Marx and one of the few mourners at his funeral.

At the heart of Silent Spring is a view of nature as a complex ecological system. But Carson’s researches into the effects of pesticides were leading to more radical conclusions.

As Bellamy Foster points out,

“Carson’s intense study of ecosystem ecology in the context of her work on Silent Spring heightened this materialist understanding and turned it into a radical force. At the time of her death she had a book contract to undertake a philosophical examination of ecology and she was collecting material for a scientific study of evolution. The two subjects were obviously connected in her mind and were undoubtedly to form the basis of a thoroughgoing critique of the present human relation to the earth.”

Unsurprisingly, the chemical industry tried to prevent publication of Silent Spring and then spent millions of dollars on propaganda against it. Not being a professional scientist Carson was vulnerable to criticisms, though her book had been well received by specialists. She also had to deal with appalling sexism. A former US Secretary of Agriculture, Ezra Benson, asked publicly “why a spinster with no children was so interested in genetics.” Using words that they wouldn’t have directed at male writers, commentators described her as “hysterical” and “emotional.”

Nonetheless only 18 months after its first publication Silent Spring had sold 1 million copies in the United States. Carson received a certain amount of vindication with a 1963 report by the President’s Science Advisory Committee which concluded that “until the publication of Silent Spring, people were generally unaware of the toxicity of pesticides.”

Rachel Carson died tragically early, at the age of 56 in April 1964. Her life and Silent Spring left us two great legacies. The first of them was the successful campaign to get some of the most deadly chemicals banned, most importantly DDT. But Carson’s hope for an end to the indiscriminate use of chemicals to “control nature” was less successful. Today up to 5 million people suffer pesticide poisoning every year.

Her second legacy is the modern environmental movement. Silent Spring was more than a scientific book: it was a book that encouraged people to question what was happening and demand change. It helped lay the basis for a radical ecological critique of capitalism. Half a century after first publication it’s a book that has never been so important.