Opponents of the Morales government deliberately misrepresent its strong environmental track record, to advance their own political goals 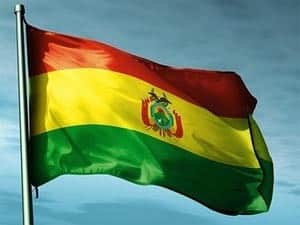 When Bolivia‘s President Evo Morales announced in May that his government was allowing oil and gas drilling in national parks, mainstream and progressive media outlets alike were quick to condemn his supposed hypocrisy on environmental issues.

Writing for the Associated Press, Frank Bajak argued that although Morales is known internationally for his outspoken campaigning on climate change, at home he faces constant criticism from conservationists “who say he puts extraction ahead of clean water and forests”.

Bajak said this contradiction was a result of Morales’ strategy of developing extractive industries as a means of cutting poverty, regardless of the environmental cost.

Similarly, Emily Achtenberg wrote on the progressive NACLA website that Morales’ announcement highlighted a central contradiction his government faces, that is, having relied on oil and gas to finance successful wealth redistribution programs, his government now finds itself “at odds with indigenous, environmental, and other civil society organizations who argue that extractivism destroys nature and communities …”

None of these media outlets, however, have devoted a single article to how Bolivia’s government has presided over one of the most remarkable environmental achievements in recent years.

For many years, Bolivia came under fire for having one of the highest deforestation rates in the world.

Morales has also earned the ire of many environmental NGOs due to his government’s stance of opposing “carbon offset” schemes that seek to pay communities — and NGOs — in the global South to protect forests. This is intended to “offset” ongoing pollution by companies in other countries.

But few have paid attention to figures from both the governmental Forests and Land Authority (ABT) and the independent World Resources Institute that indicate the Morales government has overseen an astonishing 64% cut in the deforestation rate between 2010 and 2013.

The impact of this goes beyond protecting forests.

First, deforestation is possibly the most important contributing factor to a range of environmental problems Bolivia faces. This includes decreasing water and food supplies and less biodiversity.

Second, given the impact deforestation has on the country’s carbon emissions, this achievement may have made a big contribution to Bolivia’s war on climate change.

That this downward trend began in 2010 is no coincidence. This was the period when the government came out against carbon-offset schemes, which it equated with the privatisation of forests and the conversion of indigenous people into park rangers. It began implementing an alternative policy based on striking a balance between the needs of people and the environment.

To this end, the government implemented a string of new measures. These included establishing a new state body dedicated to protecting forest areas, a large rise in fines for illegal logging, greater planning and collaboration with local farmers over the expansion of agriculture, and handing over of large portions of forest lands to be managed by local indigenous peoples.

Far from a development-at-all cost strategy, the Morales government has consistently sought to strengthen state-building capacities, regulate and restrict capitalist interests and promote peoples’ participation, all while pursuing the ambitious task of breaking the economy’s dependency on extractive industries.

There have been errors — unsurprising when one of the poorest nations in the world takes on such a huge challenge. But this strategy has consistently counted on the support of the majority of the country’s powerful indigenous, peasant and working-class organisations.

All this begs the question: why have media outlets, seemingly so concerned about Bolivia’s environment, failed to investigate what might be the steepest cut in per capita greenhouse gas emissions of any country in the world?

The answer is that it would expose a real contradiction: between the media’s oft-repeated line that the Morales government has failed to live up to its ecological rhetoric and the reality of its environmental track record.

Pointing to the potential loss of forest resulting from a proposed roadway as proof of the government’s anti-environmentalism is not as convincing when put alongside the government’s actual record of having presided over a two-thirds cut in deforestation.

Misrepresenting the Morales government’s environmental track record is, in many cases, part of a conscious attempt to delegitimise and undermine Morales’ position as a leading spokesperson in the fight against climate change.

For some, it is because they disagree with Morales’ radical discourse that blames capitalism for the climate crisis we face today.

For others, in particular Morales’ NGO critics, it is because they disagree with the particular policies pursued by the Bolivian government. They believe Morales should instead implement policies they have designed, such as carbon offset schemes or handing over the nation’s resources to particular local communities and NGOs.

Overcoming climate change is going to require an honest and fact-based discussion on possible ways out of the mess we are in. A good starting point would be to have a truthful discussion regarding the reality of Bolivia’s environmental track record, and what lessons we can draw from them.