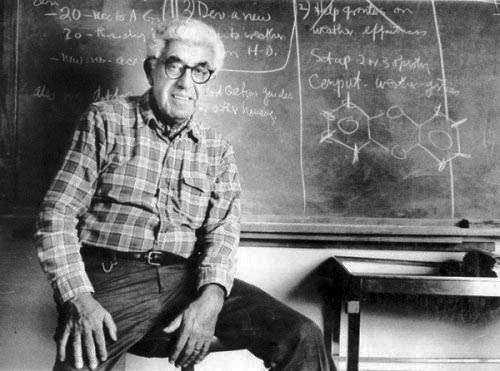 Thanks to Simon Butler for these links to articles honoring and remembering Barry Commoner.

“Dr. Commoner was a leader among a generation of scientist-activists who recognized the toxic consequences of America’s post-World War II technology boom, and one of the first to stir the national debate over the public’s right to comprehend the risks and make decisions about them.”

“Commoner viewed the environmental crisis as a symptom of a fundamentally flawed economic and social system. A biologist and research scientist, he argued that corporate greed, misguided government priorities and the misuse of technology accounted for the undermining of “the finely sculptured fit between life and its surroundings.”

“Time magazine put Dr. Commoner on its cover in 1970, saying he ‘has probably done more than any other U.S. scientist to speak out and awaken a sense of urgency about the declining quality of life’.”

The greatest environmentalist of the 20th century
Greenpeace USA

“Ralph Nader calls Barry Commoner ‘the greatest environmentalist of the 20th century.’ It’s hard to argue with that.”

RIP, Barry Commoner: A scientist who wasn’t afraid to make some noise
Grist

“In 1993, Commoner explained to the Chicago Tribune that “the Atomic Energy Commission turned me into an environmentalist.” He had raised alarms about the levels of radioactive material in the atmosphere after atomic bomb tests, but officials brushed him off. From that point on, he would become a vocal advocate for people’s right to know about toxins in the environment and in the products they bought.”

“Commoner believed in addressing multiple issues, such as racism, sexism, war, and—most importantly—the failings of capitalism at the same time as environmentalism because they were, and still are, all related issues of a larger central problem.”

Commoner in Context
Michael Egan in History for a Sustainable Future

“My instinct is that we will hear the same references over and over again in the coming days and weeks: Commoner introduced the Four Laws of Ecology, he ran for President in 1980, and he was called (by TIME magazine in 1970) ‘the Paul Revere of Ecology.’ All true, but I should like to stress a much more fundamental point: Commoner invented the science information movement”

“You might say that, even when Commoner first wrote, it was clear that the world had a complex set of links. Today, however, we are beginning to have glimpses of the wiring diagram.”