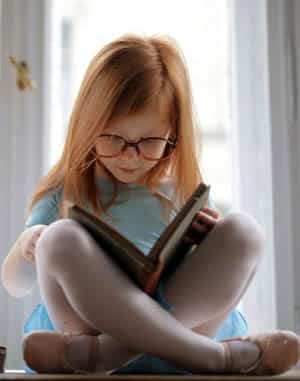 Michael Roberts
ENGELS 200
His Contribution to Political Economy
Lulu, 2020
Marking the 200th anniversary of the birth of Frederick Engels, economist Michael Roberts explains and analyses his important contributions to the Marxist critique of political economy and capitalism — a critique that is still relevant and compelling in our time.

Harry Glasbeek
CAPITALISM: A CRIME STORY
Between the Lines, 2018
Anti-capitalist lawyer Harry Glasbeek explodes the myth that the legal system is a neutral, unbiased arbiter, that laws apply equally to all. He shows how the law serves capitalists and their corporations by violating the very principles it claims to defend, and how we can expose and challenge its power.

Stephen Williams & Tony Chandler, Editors
LETTERS FROM ENGLAND, 1895
Eleanor Marx & Edward Aveling
Lawrence and Wishart, 2020
Never before available in English! Seven essays that Eleanor Marx and Edward Aveling wrote for a Russian political journal in 1895. A unique Marxist perspective on British society, culture and politics on the eve of the 20th Century, by two of the best-known leaders of the British left.

Catherine Zabinsky
AMBER WAVES
The Extraordinary Biography of Wheat, from Wild Grass to World Megacrop
University of Chicago Press, 2020
Since the first harvest of ancient grain, we have perfected our farming systems to grow massive quantities of food. But while we have built immensely productive agricultural systems, we have disrupted essential ecological processes. Zabinski explores the history of wheat and society, and argues we must focus on optimizing agriculture in environmentally sustainable ways.

Emily Pawley
THE NATURE OF THE FUTURE
Agriculture, Science, and Capitalism in the Antebellum North
University of Chicago Press, 2020
In New York State in the early 1800s, thousands of “improving agriculturists,” applied the best scientific knowledge of their time to growing food. For them profit was not only a goal but also the underlying purpose of the natural world. Pawley’s vivid account provides new insights into the origins of capitalist agriculture in the United States.

David Elliott
RENEWABLE ENERGY: CAN IT DELIVER?
Polity Press, 2020
It is sometimes argued that renewable energy is needed, but isn’t enough. Can solar, wind, hydro and biomass energy really replace coal, oil and nuclear, and deliver 100% of our energy? Or are renewable energy systems inherently unreliable and expensive? Elliott makes the case that renewables can deliver a technologically and economically viable energy future.

David Roediger
THE SINKING MIDDLE CLASS: A POLITICAL HISTORY
OR Books, 2020
Is the United States a “middle-class” nation? Was it ever? Roediger exposes middle-class mythology, and shows its role as a major obstacle to progressive change. Important reading at a time when millions have voted for Trump and the pandemic is driving even more into poverty.