The promise of a world without disease has been replaced by warnings of evermore virulent pathogens, created by the drugs that were supposed to save us. 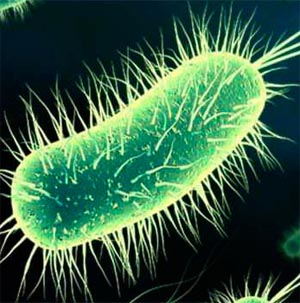 The promise of a world without disease has been replaced by warnings of evermore virulent pathogens, created by the very drugs that were supposed to save us.

Excuse me for bragging, but I’m very proud of this. My new article, Superbugs in the Anthropocene, is the lead article in this month’s issue of Monthly Review.

Superbugs in the Anthropocene continues my discussion of metabolic rifts, this time focusing on Big Pharma’s disruption of bacterial evolution, a profit-driven assault that kills thousands of people every day and is undermining the achievements of modern medicine.

Unlike many other journals, Monthly Review makes its articles available to readers by posting them online in the weeks following print publication.  Superbugs in the Anthropocene is now available, in full, on the MR website. Click here to read it now.

Superbugs in the Anthropocene:
A Profit-Driven Plague
by Ian Angus

Scarcely a day passes without more news of people contracting infections or infectious diseases that cannot be cured by the strongest medicines available. Antimicrobial Resistance (AMR) is a global health crisis driven by a pharmaceutical and health care system that puts profit before people. In addition to devastating climate change, the Anthropocene may be defined by epidemics that medicine cannot cure.

In 1876, Frederick Engels wrote: “Let us not, however, flatter ourselves overmuch on account of our human victories over nature. For each such victory, nature takes its revenge on us. Each victory, it is true, in the first place brings about the results we expected, but in the second and third places it has quite different, unforeseen effects which only too often cancel the first.”

Sarah Otto may never have read Engels, but the director of the Biodiversity Research Centre at the University of British Columbia echoed him in 2018: “With the evolution of antibiotic resistance, humans may impose selection, but we will often not retain the upper hand.”

Engels would certainly have considered the discovery of antibiotics as one of the greatest of “human victories over nature.” Diseases that had shortened human lives for millennia were defeated. Wounds and infections that had almost always been fatal were cured in hours. The ultimate triumph of medicine—the end of all disease—seemed about to arrive.

But now the World Health Organization (WHO) says we face “a problem so serious that it threatens the achievements of modern medicine.” England’s Chief Medical Officer, Professor Sally Davies, calls it “a ticking time bomb not only for the UK but also for the world…arguably as important as climate change.”

Nature’s revenge—the unforeseen result that cancels the first—is upon us. Miracle drugs are losing their magic.