Michael Löwy reflects on the life and contributions of our friend and comrade Joel Kovel, who died on April 30. 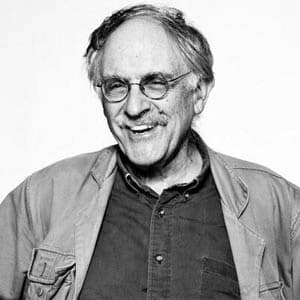 Michael Löwy reflects on the life and contributions of our friend and comrade Joel Kovel, who died on April 30.

The passing of Joel Kovel is a great loss not only for us, his friends and collaborators, but for the broad international ecosocialist movement, of which he was a towering pioneer.

I first met Joel at an International Marxist Conference at the University of Nanterre (Paris), convened in 2001 by my friends of the journal Actuel Marx. We immediately sympathised, and found a common interest: the urgent need to bring together the “Red” and the “Green,” under the aegis of a new concept: Ecosocialism. We felt that the most of the left had not yet understood the need for an ecological turn, and we believed one should attempt to contribute to such a re-orientation. The Fourth International, with which I was associated, had just decided to adopt an ecosocialist program, and Joel felt encouraged by this decision.

Joel tells the story of our meeting in The Lost Traveller’s Dream, but, in his unassuming and modest way, does not say that the idea of writing an International Ecosocialist Manifesto was his. I immediately agreed with the proposition and we worked out the document together, after several drafts. As he says, it was like sending a message in a bottle thrown into the sea.

Curiously enough, some people picked the bottle, and we were able to gather a meeting at Montreuil in the outskirts of Paris in 2007, with the help of Ian Angus, and the support of the well-known Peruvian indigenous leader Hugo Blanco, who explained to us: “We, the indigenous communities in Latin America, have been practicing ecosocialism for centuries.”

At that meeting, which was enlivened by Joel’s enthusiasm and energy, it was decided to found an Ecosocialist International Network (EIN). It was a short lived experiment, but it had one great success: the Belem Declaration. This Second International Ecosocialist Manifesto, written in 2008 by Joel, Ian and myself, was signed by hundreds of ecosocialists from 40 countries, and distributed — with the help of our Brazilian ecosocialist comrades — in Portuguese and English to the participants of the World Social Forum in the Amazonian town of Belem do Para (North of Brazil, 2009).

By that time Joel had already published his masterpiece, The Enemy of Nature, one of the most powerful ecological condemnations of capitalism ever written, a classic of ecosocialism for the generations to come. During all these years we remained in contact by mail, but also by occasional meetings, in Paris, in Brazil or in New York. A real friendship developed, based on mutual understanding, and a common desire to build ecosocialism as a network of ideas and action. During the last years he invested his generous energy in developing ecosocialism in the US.

His decision to convert to Christianity brought us together in our interest in liberation theology. I remember one of the last times we met: it was when he organized, in a Church, a projection of a film on Monsignor Romero, the archbishop of El Salvador, murdered by paramilitary gangs for denouncing the brutal repression of the popular movements.

I have a great debt towards Joel, I learned much from his writings and was inspired by his inflexible anticapitalist commitment. When he wrote his autobiography, I sent him a short notice for the back cover, which summarizes the importance of his contribution to our movement :

“Bringing together radical spirituality, Marxist socialism and an ecological cosmovision, Joel Kovel is an unrepentant fighter against ‘the Enemy of Nature’ — and of Humanity: Capitalism. By his thought and action, he is a pioneer of the ecosocialist international movement. His dreams are open windows on a different future.”

In an inscription in the copy of the book which he sent me in 2017 he called me “a companion for those insane times,”, and signed it “Joel the Dreamer.” The times are insane indeed, but with the help of Joel’s red and green message, the hope for a sane future is not lost.

If life in the planet Earth is saved from the ecological catastrophe produced by capitalist insanity, Joel Kovel will be remembered as one of the first who raised a prophetic call for radical change, a rational and spirited call for ecosocialism.