Five new books on climate change, the Anthropocene, water, and food. Plus: an inspiring account of the Russian Revolution by award-winning science fiction writer China Miéville. 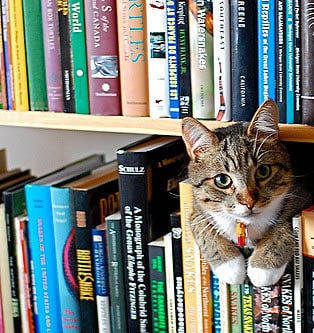 Five new books on climate change, the Anthropocene, water, and food. Plus: an inspiring account of the Russian Revolution by award-winning science fiction writer China Miéville.

Ecosocialist Bookshelf is an occasional feature. We can’t review every book we receive, but we will list and link to any that seem relevant to Climate & Capitalism’s mission, along with excerpts from the publishers’ descriptions. Inclusion of a book does not imply endorsement, or that we agree with everything (or even anything!) the book says. Titles listed here may be reviewed in future.

Vijay Prashad, editor
WILL THE FLOWER SLIP THROUGH THE ASPHALT
Writers Respond to Capitalist Climate Change
LeftWord Books, 2017
In the 2016 Edward Said lecture, Naomi Klein linked the question of climate with the question of occupation, pointing out that those who are ‘othered’ will be the first victims of the climate catastrophe. This volume collects Klein’s superb essay, with reactions from important writers who live across the globe, including John Bellamy Foster, Ghassan Hage, Rafia Zakaria, Masturah Alatas, Shalini Singh, and Susan Abulhawa. The book closes with Amitav Ghosh’s meditation on nutmeg and cloves, leading to important insights into globalization, interconnectedness and transformation.

Clive Hamilton
DEFIANT EARTH:
The Fate of Humans in the Anthropocene
Wiley/Polity Press, 2017
What does it mean to have arrived at this point, where human history and Earth history collide? Some interpret the Anthropocene as no more than a development of what they already know, obscuring and deflating its profound significance. But the Anthropocene demands that we rethink everything. We must face the fact that humans are at the centre of the world, even if we must give the idea that we can control the planet. These truths call for a new kind of anthropocentrism, a philosophy by which we might use our power responsibly and find a way to live on a defiant Earth.

Laurence L. Delina
STRATEGIES FOR RAPID CLIMATE MITIGATION
Wartime Mobilisation as a Model for Action?
Routledge, 2016
Examines the wartime-climate analogy by drawing lessons from wartime mobilization to develop contingency plans for a scenario where governments implement stringent mitigation programs as an ‘insurance policy’ where we pay for future benefits. Readers are provided a picture of how these programs could look, how they would work, what could trigger them, and the challenges in execution. The book is meshed with a social and political analysis that draws upon narratives of mobilizations during the war to meet a transnational threat, while also addressing the shortcomings of the analogy and its strategies.

Jeremy J. Schmidt
WATER:
Abundance, Scarcity, and Security in the Age of Humanity
NYU Press, 2017
Debates over how human impacts on the planet are connected to a new geological epoch—the Anthropocene—tend to focus on either the social causes of environmental crises or scientific assessments of the Earth system. Schmidt shows how, when it comes to water, the two are one and the same. The very way we think about managing water resources validates putting ever more water to use for some human purposes at the expense of others.

Rob Dunn
NEVER OUT OF SEASON
How Having the Food We Want When We Want It Threatens Our Food Supply and Our Future
Little, Brown & Co., 2017

Our food supply is heavily and increasingly corporate, streamlined for efficiencies from seed to store that make bananas and coffee cheap; make wheat, rice, and beef prevalent, and all but guarantee that food tastes the same every time we eat. They also mean that the foods we depend on most are one bug or virus away from disappearing. Science writer and biologist Rob Dunn argues that we must eat the way we always used to—locally, in season, and with an eye towards preserving food quality for the human race.

China Miéville
OCTOBER
The Story of the Russian Revolution
Verso Books, 2017
In a panoramic sweep, stretching from St Petersburg and Moscow to the remotest villages of a sprawling empire, China Miéville uncovers the catastrophes, intrigues and inspirations of 1917, in all their passion, drama and strangeness. Intervening in long-standing historical debates, but told with the reader new to the topic especially in mind, here is a breathtaking story of humanity at its greatest and most desperate; of a turning point for civilisation that still resonates loudly today.