“The effects of climate change are being felt today, and future projections represent a potentially catastrophic risk to human health.”

“The effects of climate change are being felt today, and future projections represent a potentially catastrophic risk to human health.” 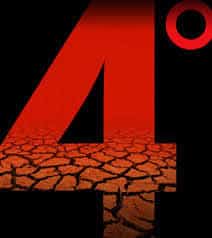 Part Two of this article discussed the unprecedented heat extremes that will become common if the average global temperature increases 4 degrees Celsius over the pre-industrial level. That isn’t just possible: it is virtually certain that our children will live in a 4° World before the century ends, unless greenhouse gas emissions are radically reduced soon. Almost all the world will be in a new climate regime.

That term has a specific meaning in climatology. Moving to a new climate regime means shifting to an environment with a completely different range of climate possibilities. As an extreme example, Antarctica is in a completely different climate regime from Mali or Venezuela – the hottest days at the South Pole are substantially cooler than the coldest days in the tropics. There is no temperature overlap. In the case of a 4° World, we are talking about a climate regime change in time rather than place.

A 2011 paper by scientists at the Stanford University Wood Institute for the Environment examined “the likelihood that rising greenhouse gas concentrations will result in a new, permanent heat regime in which the coolest warm-season of the 21st century is hotter than the hottest warm-season of the late 20th century,” if emissions continue to grow.[2] They concluded that by the 2050s, virtually all tropical regions, as well as northern Africa and southern Eurasia, will be permanently in an unprecedented heat regime. By 2070-2099, that will also be true in 80% of summers in non-tropical North America, China, and the Mediterranean. As the authors point out, this poses major challenges to adaptation.

“In addition to increasing the occurrence of severe hot events, a permanent transition to an unprecedented heat regime could substantially increase climate-related stresses by requiring systems to tolerate a novel temperature envelope in which the new conditions are hotter than the hottest conditions to which those systems are currently accustomed.”[3]

Those “systems” will include the billions of human beings who must live and work in places that will be hotter than anywhere on Earth has been since before our species evolved. The implications for health – and in the longer term for human survival – are frightening. A 2009 study by the British medical journal The Lancet concluded that “climate change is the biggest global health threat of the 21st century.” A follow-up study in 2015 said the threat had grown worse: “The effects of climate change are being felt today, and future projections represent an unacceptably high and potentially catastrophic risk to human health.”[4]

Between 2030 and 2050, climate change will cause approximately 250 000 additional deaths per year, from malnutrition, malaria, diarrhea and heat stress.[5] Under 4°C World conditions in the second half of the century, the death toll will rise substantially, and the proportion caused by heat stress – directly by extreme heat – will rise fastest of all.

Today, heat stress primarily affects young children and the elderly. As the world warms, workers whose jobs are outdoors or in buildings without air conditioning will be increasingly at risk, when it simply becomes too hot to work safely – at or above the so-called Wet Bulb Globe Temperature, at which the human body is no longer able to control its internal temperature.[6]

As a Lancet editorial on the 2014 IPCC report says,

“Some scenarios project warming of 4-7°C (on average) over much of the global landmass by the end of the 21st century. If this change happens, then the hottest days will exceed present temperatures by a wide margin and increase the number of people who live in conditions that are so extreme that the ability of the human body to maintain heat balance during physical activity is compromised for parts of the year and unprotected outdoor labour is no longer possible.”[7]

By 2100, according to scientists at the U.S. National Oceanic and Atmospheric Administration, “much of the tropics and mid-latitudes experience months of extreme heat stress, such that heat stress in Washington DC becomes higher than present-day New Orleans, New Orleans exceeds present-day Bahrain, and Bahrain reaches a WBGT of 31.5°C.” The new climate regime will impose “increasingly severe environmental limitations on individual labour capacity … specifically in lost labour capacity in the peak months of heat stress.”

But not all workers can refuse to work, even when their health is in danger. Management pressure to keep going or be fired, economic pressure to avoid losing hourly or piece-work wages – these can and will keep production going at the workers’ expense. Only militant organization for mutual protection by the workers affected can prevent climate change from becoming a leading cause of death on the job in this century.

Agricultural workers will face a double threat – they won’t be physically able to work as long in the fields, and rising temperatures will reduce the crops they depend on for food and income. Recent research has found definite tipping points: when temperatures pass certain levels, crop yields decline rapidly. In a 4°C World, in which local temperature increases of 5° to 10° will affect many areas, the impact on food production may be catastrophic: “substantial losses are projected for the tropical and subtropical regions and all major crop types. For wheat and maize, losses may even exceed 50 percent on average for large parts of the tropical land area. …”[9]

In 2015, a panel of experts convened by the United Nations identified some of the major risks posed by 4° warming:

“In a world 4°C warmer, many global risks are high and very high. Most projected ecosystem impacts would occur at high risk levels. Climate change velocity would be much too high for terrestrial and freshwater species to move sufficiently fast. Biodiversity losses would take place, including substantial species extinction and disruption of ecosystem services. The risks of combined ocean warming and acidification would become very high. The catch potential of fisheries would be greatly reduced, and crop production would be at very high risk with no potential for adaptation. The long-term sea level rise would far exceed 1m, and Arctic summer sea ice would be lost. Some unique systems would be threatened, and the risks from extreme weather events would become very high, or medium to high with adaptation. These risks would put people who are socially, economically, culturally, politically, institutionally or otherwise marginalized at most risk. …

“There are limited prospects for risk reduction through adaptation in a world 4°C warmer, and impacts would significantly increase in all regions. With that amount of warming, limits to adaptation would be reached in relation to aspects such as urban water supply systems. heat-sensitive people, agricultural productivity and food security, means of implementation, and the preservation of cultural identity. Moreover, the adaptation potential in case of conflict over land acquisition and displacement will decline significantly, risks of food insecurity (Africa and Asia) and malnutrition (Africa and Central and South Asia) will be high and very high, and flooding risks will become more widespread in Asia and in Central, South and North America.”[10]

And yet, some people tell us not to worry. “That’s just alarmism! You’re talking about things that might happen a century from now. We’ve got lots of time to deal with this.”

Insofar as such “anti-catastrophism” arguments aren’t just talking points for anti-science lobbyists and their dupes, they reflect deep misunderstanding of the issues. The problem is not that catastrophic change is imminent – it is that unless action is taken soon, catastrophic change will become inevitable.

The reason, simply put, is that the amount of global warming depends on the accumulated volume of greenhouse gases in the atmosphere – and for over a century, those gases have been entering the atmosphere much faster than natural processes can remove them. Even if all emissions were to stop today, it would be centuries before CO2 concentrations get back to Holocene levels.

Most of the carbon dioxide that was released into the air by factories in the 1800s is still there, and most of the carbon dioxide being emitted today will still be affecting climate a thousand years from now. The UN’s expert panel is blunt: “anthropogenic climate change, including ocean acidification and many impacts, are irreversible on at least a multi-century to millennial timescale.”[11] A leading authority on this issue, David Archer of the University of Chicago, is more dramatic, but just as blunt: “The climatic impacts of releasing fossil fuel CO2 to the atmosphere will last longer than Stonehenge. Longer than time capsules, longer than nuclear waste, far longer than the age of human civilization so far.”[12]

Despite many regional fluctuations, the global average temperature in the entire Holocene only varied over a one degree range – plus or minus 0.5°C. We are now speeding down a one way street out of the Holocene: the average global temperature is up about 0.8°C since 1880 and that small rise has already disrupted the global climate system. There is literally no turning back, and if we continue at the present rate, “by 2100, global average temperatures will probably be 5 to 12 standard deviations above the Holocene temperature mean.”[13] That’s unprecedented heat, a nightmarish prospect.

Our rulers give lip service to keeping warming below 2°C, but it is increasingly clear that won’t happen if the necessary emission cuts depend on the goodwill of corporations like Exxon and Volkswagen, and on the politicians who serve them. In September 2015, analysis by the research consortium Climate Action Tracker found that the reduction commitments made by countries responsible for 65% of global emissions are so inadequate that even if they are fully implemented, “holding warming below 2°C could essentially become infeasible, and 1.5°C beyond reach.”[14]

British climatologists Kevin Anderson and Alice Bows-Larking argue convincingly that keeping the increase below 2° requires radical action that entails “a reduction in the overall size of the global economy.”

“Only if emissions from industrialized nations reduce immediately and at unparalleled rates and only then if less well-off nations begin a rapid transition to low-carbon development with emissions declining from 2025, is there any reasonable probability of not exceeding the 2°C ‘guard-rail’.”[15]

As Naomi Klein insists, this should raise the need for radical social change to the top of our agenda.

“What Anderson and Bows-Larkin are really saying is that there is still time to avoid catastrophic warming, but not within the ruIes of capitalism as they are currently constructed. Which is surely the best argument there has ever been for changing those rules.”[16]

[2] Noah S. Diffenbaugh and Martin Scherer. “Observational and model evidence of global emergence of permanent, unprecedented heat in the 20th and 21st centuries.” Climatic Change 107, 2011. 615–624. They used models based on the IPCC’s A1B scenario, in which fossil intensive and non-fossil energy use expand at equal rates.