Terry Moore says that all movements and activists exaggerate or downplay sometimes. Only open and fact-based debate can help us avoid mistakes.

Climate & Capitalism reader Terry Moore submitted this comment on the discussion between Sam Gindin and Ian Angus on ecological catastrophism. Because it offers important perspective, we asked for and received his permission to publish it as a separate article.

Terry is a retired trade union activist and is on the Board of Environment Haliburton in Central Ontario. He recently helped found Climate Reality Haliburton, a forum for climate justice activities. 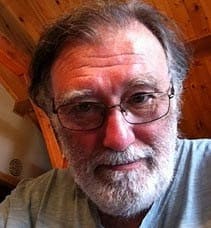 As someone who admires both Sam Gindin and Ian Angus and looks forward to engaging with just about everything they write, I’m more than a little perplexed by both the tone and the content of their exchanges to date on so-called “Eco-Catastrophism” debate. As a retired trade union activist and an active member of the environmental justice movement, I pay close attention to both Sam and Ian’s critical analyses of capitalism and the damage that system does to human beings and the biosphere that supports all life on this planet.

But I have to say that I’ve found the debate on this topic to date very unsatisfying. It has generated more heat than light and a lot of “talking past each other” without real engaging on the key points being raised. And, I don’t think I’m alone in feeling that way.

As a long time socialist, I’m aware of how some tendencies within anti-capitalist and Marxist circles are prone to exaggerating the systemic impact of capitalist economic crises, perhaps in their enthusiasm to win others over to the cause of replacing capitalism.

Despite its incredibly destructive impact, capitalism is a remarkably resilient system and in my experience very few socialists these days argue that its inherent contradictions and periodic crises will cause the system to self-destruct. This sort of “economic catastrophism” has been thoroughly discredited and the vast majority of socialists, eco or otherwise, recognize that if we are going to replace capitalism with a system that respects and protects the biosphere and all the life that makes it up, the only path forward involves building a movement capable of doing that.

The question we are constantly grappling with is how to build that movement and, in that context, Sam describes his concern about “Eco-Catastrophism” this way:

“The urgency of the crisis demands acting now. But if a solution demands ending capitalism – something that is not on the immediate agenda – then trying to spur people into action by overstating, whether intentionally or inadvertently, how little time we have before ‘the end’ (a finite point left quite undefined and open-ended yet consistently alluded to) is likely to lead to fatalism, not an expanded activism. This is the basic argument of those criticizing ‘environmental catastrophism’.”

So, exaggerating the “time we have left before the end encourages fatalism, not an expanded activism.”

I can agree with this statement but I’m also with Ian when he argues the vast majority of environmental justice activists are simply not guilty of actually doing this. To the contrary, the movement is for the most part very careful not to overstate what the science is telling us and does not argue that human extinction or the end of life on the planet is inevitable. The only folks saying shit like are the fundamentalist Christian “end of timers” and deep ecology survivalist cults.

On the other hand, I would argue, as does Ian, that far too many socialists and environmental justice activists are engaged in the “bright-siding” of humanity’s ecological predicament, seriously underselling both the extent of the threats we face and the depth of the actions needed to effectively deal with those threats.

One of the consequences of bright-siding on the climate change front is the lack of popular understanding of how close we are to tipping the climate into very dangerous territory, as well as an underestimation of how difficult it’s going to be to reverse gear. The problem is not just addiction to fossil fuels but includes incessant capitalist economic growth, and the solution is not just conversion to renewable energy but a serious reduction in consumption by the world’s privileged classes.

If the movement is not engaged in telling it like it actually is, how will people become aware of the real causes and extent of the threats to their health and well-being? How will they become inspired to commit the scarce personal time needed to build a movement capable of changing that reality?

All movements and activists are from time to time tempted to exaggerate on the one hand or downplay on the other. The only way we can hope to avoid mistakes in either direction is to engage in open and fact-based internal discussion and debate.

Any maybe that’s what should happen on this issue now. I’d like to see one or more direct face-to-face debates between Sam and Ian, perhaps hosted by the Socialist Project and videotaped by Leftstreamed for those not able to be physically present.