Replying to Ian Angus, Sam Gindin says the real issue is how to build mass support for replacing capitalism with an environmentally-sensitive socialism.

Sam Ginden is replying to “Once again, on ‘environmental catastrophism’: A reply to Sam Gindin,” published in Climate & Capitalism on July 14.

The earlier articles mentioned are:

Also relevant to this discussion:

THE ENVIRONMENT AND CAPITALISM: RESPONSE TO IAN ANGUS 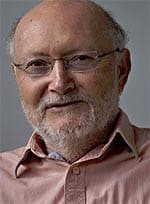 Sam Gindin holds the Packer Chair in Social Justice at York University, and is a member of Socialist Project.

The most critical question confronting anyone concerned with the environmental crisis is the political one: how to build a social force able to do something about it. The most important division among social activists is not between those who think an environmental collapse is imminent and those who think we will continue to stumble on in an ever-uglier, degraded world. It is between those who believe that personal recycling, technical fixes, market incentives and green jobs can solve the environmental crisis, and those who argue the solutions are necessarily much more radical, extending to a challenge to capitalism itself.

The urgency of the crisis demands acting now. But if a solution demands ending capitalism – something that is not on the immediate agenda – then trying to spur people into action by overstating, whether intentionally or inadvertently, how little time we have before ‘the end’ (a finite point left quite undefined and open-ended yet consistently alluded to) is likely to lead to fatalism, not an expanded activism. This is the basic argument of those criticizing ‘environmental catastrophism’. This should have led to a debate over how we do mobilize people around both the environmental threat and replacing capitalism with an environmentally-sensitive socialism. Instead, eco-socialists like Ian Angus have gone on the attack, dishonestly accusing critics of trying to hide the truth and cheaply linking us to right-wing environmental deniers. In regards to addressing reality, I could not have been clearer: ‘we should start from the truth.’ This applies as much to those trade unionists who understate the actual threat out of concern for the particular jobs they are linked to, as it does to those who overstate the case to scare people into action.

Angus argues that environmental catastrophism is a red herring. Had he simply argued that critics have exaggerated how prevalent it is, that would have been one thing. But to insist that it doesn’t exist at all, that there is ‘not one’ example of this, strains credulity. When environmentalists mobilize around the issue do all of them really never turn to language that suggests more than urgency and never suggest that the world is on the brink of collapse? A good many Marxist economists have repeatedly predicted the imminent collapse of capitalism and the decline of the American empire; others have prematurely warned of peak oil undermining global industrialization. Would Angus really want to lock himself into asserting that this kind of argument has never occurred among environmentalists? Can one not both praise early critics of the environment and also suggest that some of them were prone to apocalyptic overstatement?

It seems to me that emerging from this increasingly unproductive debate are three crucial questions. First, how do we soberly assess the current strength of the movement? Second, how do we win the working class to more than progressive resolutions and moderate support? Third, how do we balance the often contradictory objectives of broadening the movement and radicalizing it?

The mobilization that has occurred via the environmental movement is impressive and as Ian Angus has rightly long emphasized, it includes great potential to raise a socialist challenge to capitalism. I do not, however, understand why pointing to certain limits – as supporters – raises so many hackles. Though gains have been made, the movement hasn’t been able to substantively affect the trajectory of capitalism and, in an effort to explicitly avoid a sense of fatalism from a sense of catastrophe, the green movement (including the big ENGOs) has embraced incremental and market-based solutions. We are losing, not winning, even on a terrain that would seem most fertile. Among other things, the movement hasn’t had much success in generating a deep commitment from the critical constituency of labour, and environmentalists remain internally divided on what it will take to win.

Bringing the Labour Movement In

The labour movement, for all its weakness, still has crucial resources and potential economic leverage, but if it is not won over to radical environmentalism, it may in fact be mobilized against significant progress. It is easy enough to tell workers that the environmental movement’s program includes a ‘just transition’ so that those affected will get other jobs with comparable standards. But workers know we don’t have the power to guarantee any such planned transition. This is an imposing dilemma.

Some of us have argued that the only way to resolve it is to incorporate the environment into a broader social agenda. Angus is apparently concerned that this will only obscure any environmental focus, as if class-based questions of environmental justice can be left out of any fundamental anti-capitalist re-thinking of the ecology of production and consumption. In fact, such a broader approach is the only way to both overcome key barriers to mobilizing around the environment and to build the base for eventually taking on capitalism. Addressing equality and strengthening social programs to support people experiencing dislocations brought about by radical reductions in carbon emissions; raising the importance of the public sector and collective consumption against profitability, competitiveness, and consumerism; advancing job strategies for responsible production – all this is not distinct from the politics of the environment but fundamental to it. (There is of course always a danger that within such a broader mobilization the priority of the environment will be eroded, but that is a matter of framing the issues and organizing around them, not rejecting the larger mobilization).

It hardly needs stressing that eco-socialists are not the leading force within the environmental movement today. The movement includes – and not just as marginal groupings – social democrats who think that solutions can be found within capitalism via technocratic re-engineering of production; libertarians and anarchists who reject, to varying degrees, the organizational structures that can take on capitalism and capitalist states; and the most varied kinds of relatively apolitical green entrepreneurs and consumers, who don’t see any possibility for transforming capitalism and so work within capitalist markets as the main solution. Operating within a movement in which the left is not dominant always raises difficult tactical questions, especially so in a movement that has grown rapidly. Do we look to the lowest common denominators to further grow the movement and postpone divisive questions about capitalism or insist on bringing capitalism into the discussion from the start? How do we balance this quandary?

In trying to understand the vehemence of the response of Angus and others, I can only conclude that they see the questions posed by some socialists as distancing themselves from the environmental movement. This misreads the critics. No socialist can ignore the environmental threat, the politics it opens up and the great urgency of a whole set of issues it raises, not the least being the increasing dislocations being produced by climate change. But tensions within the left are inevitable. This is so most generally because we are at a moment when the socialist left as a whole is struggling with, and divided over, how to make socialism relevant again. In this context, the environmental crisis adds particular contradictions that further affect the left: the contradiction of trade unionism as an institution representing particular interests not the class; the radical nature of what needs to be done versus fighting for reforms within capitalism; and the high degree of unevenness of the environmental movement itself.

The challenge is how to ensure that our debates, rooted in different experiences and perspectives, are both a check on our own thinking and — however sharp they might be — contribute to collectively moving on. I look forward to such constructive exchanges.