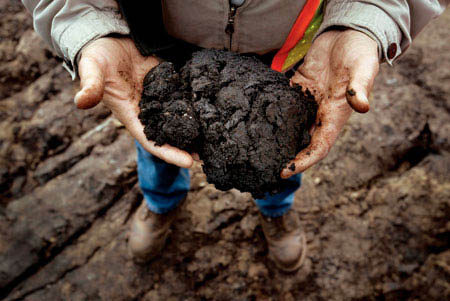 Before it will flow through a pipeline, bitumen from the tar sands must be diluted with toxic chemicals, then heated.

That was the headline on a prominently placed article in the November 23 Globe and Mail. It reported a study by the federal department of Natural Resources that claims to show diluted bitumen isn’t more corrosive than regular crude. In fact, the study says the tar sands gunk is “among the least corrosive” types of oil.

This, the G&M article says, “is a major strike against a key argument made by opponents of pipelines.”

Unlike the Globe & Mail reporter, Anthony Swift of the Natural Resources Defense Council took the time to read the small print. He tells us:

In short, this study seems to be one more example of Natural Resources Canada acting as a public relations agency for the oil industry. When profits are at risk, science takes a back seat.