A new report from Ottawa claims Canada is reducing emissions, but there is much less here than meets the eye. The feds have lowered their targets and changed the reporting rules, and are claiming credit for changes that haven’t been made. 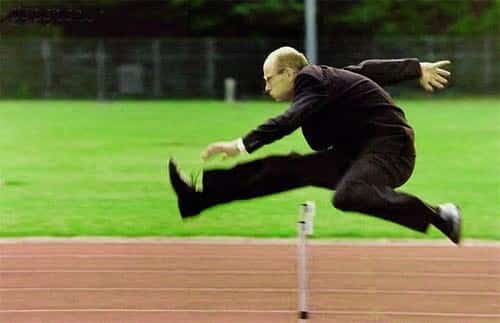 by Marc Lee
crossposted with permission, from
The Progressive Economics Forum, August 8, 2012

The federal government released an updated Canada’s Emission Trends 2012 report today. In a remarkable shift in federal rhetoric just this past week, the Harperites now appear to be more sensitive to concerns about the Enbridge pipeline and climate change more generally. But appearances can be deceiving and there is good reason to believe the current charm offensive is just a recasting of business-as-usual in recognition of just how offside the government has been on climate file.

Canada is now half way to its target of reducing total greenhouse gas emissions by 17 percent from 2005 levels by 2020. This is the result of the Harper Government’s realistic, sector-by-sector approach to greenhouse gas regulations that is reducing emissions, while continuing to create jobs and encouraging economic growth. Last year, we were one-quarter of the way to our goal. And now we’re half way there. This shows the significant progress we are making in meeting our Copenhagen commitment.

Kent claims the government is halfway there, but the modeling in Canada’s Emission Trends projects that in 2020 emissions will be 720 Mt. This is only 2.7% below 2005 levels, nowhere close to a 17% reduction.

So where does halfway come in? The report creates an alternative “do nothing” scenario that leads to surging emissions of 850 Mt in 2020, then subtracts estimates of federal and provincial actions taken to date, which gets us to 720 Mt. That is a lot of spin on the numbers, perhaps hoping few people will bother to read the actual report and just report the government’s line.

But even the 720 Mt number is suspect for a variety of reasons.

First, the economic downturn lowers the baseline, with 2010 emissions coming in lower than previously expected. Next, the feds have included land use changes in the calculations for the first time.

The decline in forestry activity means more carbon will remain sequestered in Canada’s forests, and this will lower emissions by 26 Mt. Take these out and the 2020 target jumps back to 745 Mt, slightly more than 2005 levels.

And it assumes that proposed regulations yet to be ratified contribute to decreased transportation emissions. And that Saskatchewan implements carbon capture and storage for four new coal-fired power plants.

The other matter is to what extent the feds can take credit for any reductions in various sectors of the Canadian economy. Much of the heavy lifting appears to have been done at the provincial level, including BC’s carbon tax, Quebec’s cap-and-trade regime and Ontario’s phase-out of coal-fired electricity. In transportation, new vehicle regulations are touted but these just copy the new regulations established by the United States.

The report makes repeated reference to new regulations being developed for the oil and gas sector, too, but these have been promised for a long time and no draft regulations have yet seen the light of day.

The report is not a complete write-off. It highlights clearly the emissions growth coming from Alberta, whose emissions will increase 48 Mt between 2010 and 2020, a rise of 20%.

BC is the other culprit, with an increase of 16 Mt between 2010 and 2020, a rise of 29%. For BC, the feds are effectively outing the provincial government for failing to comply with its legislated GHG reduction target of a one-third decrease in 2020 relative to 2007 levels. The BC government, by pursuing a massive expansion of natural gas for export as LNG (liquified natural gas) to Asia, is breaking its own law.

All other provinces and territories either stay level or show project decreases in emissions. Ontario, in particular, is expected to see emission reductions, primarily due to the phase out of coal.

By industry sector, it is no surprise that oil and gas is driving emissions growth in Canada. Emissions are expected to surge by 50 Mt per year between 2010 and 2020, an increase of almost one-third. Within that sector, oil sands emissions more than double (and relative to 2005, more than triple).

Put another way, Canada could easily meet its 2020 target and then some if it stopped being a peddler of fossil fuels to export markets. In fact, the GHG emissions associated with exports make the underlying situation much worse because the carbon content of the fuels combusted in other nations does not count in Canada’s inventory. Amanda Card and I estimated Canada’s exported GHG emissions to be 115% of our own emissions from burning fossil fuels.

Smoke, meet mirror. The change in tone from Minister Kent is welcome, but when you look closely there is a credibility gap on the climate file at least as wide as Canada’s emissions gap.

Marc Lee is Senior Economist with the Canadian Centre for Policy Alternatives, and a past Chair of the Progressive Economics Forum.