Michael Yates, an economist and a labor educator, is associate editor of Monthly Review.

[W]hile economics has scientific pretensions, it is primarily an ideology that supports the interests of the rich and powerful, and in the process, confers prestige, influence, and money on its practitioners.

Neoclassical economists assume that society is made up of independent, self-interested, and all-knowing human beings, who come together in marketplaces over which they exert no control, and all at once arrive at agreements in such a way that every market clears. That is, a price is established at which the supply of every single commodity equals the demand for it.

Furthermore, the general equilibrium achieved is one of maximum social efficiency. It is what economists call “Pareto efficient,” after the Italian economist Vilfredo  Pareto; it describes an equilibrium such that no change away from it can make at least one person better off without making anyone else worse off.

Such an economy bears no resemblance to any actual existing economy, nor could it. There is no money in it, no government, no notion that there is a natural world in which production occurs, no workplaces. It is constructed in abstraction from the distribution of wealth and income. It is like a Georgio de Chirico painting, timeless and idealized.

Yet, in an act of stunning legerdemain, neoclassical economists employ this imaginary model as if it were the ideal system of production and distribution, the only one that can be used to judge how well any contemporary capitalist economy is performing.

Read the full review in Monthly Review, or in Michael Yates’ excellent blog, Cheap Motels and a Hotplate

Like a Georgio de Chirico painting, timeless and idealized 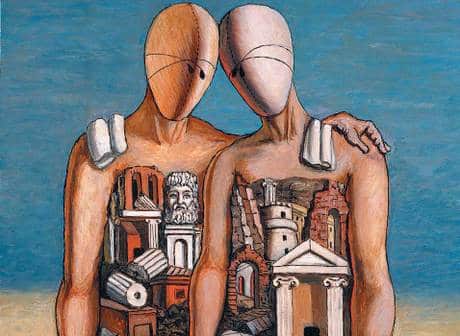