There is no question that excessive consumption damages the environment, but are consumers really driving the runaway train? I offer the following as an indication that different drivers are in charge.

If you want to start a campaign focusing on grossly conspicuous consumption as an environmental crime, then an appropriate poster boy would be Ira Rennert, currently the 144th richest man in the world. Forbes magazine pegs his net worth at US$5.3 Billion.

Just over ten years ago Rennert built (more accurately: had other people build for him) a new vacation home in the Hamptons, on Long Island, New York. There are many large summer homes in the area, but Rennert’s place, dubbed Fair Field, is believed to be the largest contemporary residence in America.

The total area of the buildings at Fair Field is over 100,000 square feet, but the main house alone, at 66,000 square feet, is almost twice as big as the White House and 40% larger than Bill Gates’ more famous home in Washington State.

Rennert travels in a private Gulfsteam 5 jet, perhaps to save time travelling to his other homes. He owns one of the most expensive private homes in Jerusalem, a palatial property he bought for a rumored $4 million in 1996 and then had completely renovated, including installing what are said to be the most advanced electrical, climate-control, and water-filtration systems in Israel. That’s in addition to his luxurious duplex apartment on Park Avenue in New York City, which is near the twin $30 million apartments he bought for his daughters as gifts. [2]

Obviously, no one is going to accuse Mr. Rennert of living a green lifestyle.

But where ecocide is concerned, Rennert the conspicuous consumer is a piker compared to Rennert the capitalist.

Rennert’s wealth comes from his 95% ownership of Renco Group, a private holding company whose principal subsidiaries are the only primary magnesium producer in the U.S., US Magnesium Corp. (MagCorp), and  the largest primary lead producer in the western world, Doe Run Resources Corporation.

In 1996 MagCorp was named the number one polluting industrial facility in the United States by the Environmental Protection Agency. As recently as April 2010, the EPA said that investigations on the company’s Utah site found “high levels of environmental contamination …. [including] arsenic, chromium, mercury, copper, and zinc; acidic waste water; chlorinated organics; polychlorinated biphenyls (PCBs); dioxins/furans, hexachlorobenzene (HCB); and polycyclic aromatic hydrocarbons (PAHs). These wastes are being released into the environment and are largely uncontrolled.” Waste-water ditches around MagCorp’s plant are reported to be contaminated with dioxin at levels as high as 170 parts per billion: EPA rules require immediate clean-up action at one part per billion. [3]

Doe Run has frequently been cited by the EPA for exceeding legal emission limits, as well as polluting roads and soils around its facilities in Herculaneum, Missouri. In February 2002, health officials in Missouri found that 56% of children living near the Doe Run smelter had high blood-lead levels. An October 2009 EPA report says that soil on one-third of properties situated within a mile of the company’s lead smelter contains lead at levels exceeding the legal threshold for mandatory removal and replacement. An EPA administrator said that Doe Run’s emission reduction efforts “clearly fall short of what was necessary.”[4]

Like many polluters in the Global North, Renco has in recent years shifted its focus to countries where there are fewer regulations, weak enforcement, and many poor people who desperately need jobs. In 1997 it bought a lead, silver, gold, copper and zinc operation in the Andean city of La Oroya, from the Peruvian government for $126 million: as part of the deal, Doe Run Peru was required to lend $126 million to Renco, interest free.

That money could have been used to live up to another part of the deal: Rennert promised to modernize the smelter and clean up the environment. An environmental study six years later found that concentrations of lead, sulfur dioxide and arsenic in the air had increased since the takeover: Renco still says it can’t afford the promised upgrades.

In 2007, the UK Guardian sent a prize-winning journalist Hugh O’Shaughnessy to La Oroya:

The quality of air sampled in the neighborhood by three Peruvian voluntary agencies showed 85 times more arsenic, 41 times more cadmium and 13 times more lead than is safe. In parts of the town the water supply contains 50 per cent more lead than levels recommended by the World Health Organization. The untreated waters of the Mantaro river are contaminated with copper, iron, manganese, lead and zinc and are not suitable for irrigation or consumption by animals, according to the standards supposed to be legally enforced in Peru. The water coming out of the nearby Huascacocha lake contains more than four times the legal limit of manganese.[5]

In August 2009 the Inter-American Commission on Human Rights agreed to hear a case that accuses Peru’s pro-business government of “violating the rights to life, personal integrity, and to information and access to justice, due to toxic pollution from Doe Run Peru’s multi-metal smelter in La Oroya, Peru.” [6]

The Blacksmith Institute and Green Cross Switzerland have identified La Oroya as one of the Ten Worst Polluted Places on Earth, a list that also includes Chernobyl. [7]

The case of Ira Rennert offers important lessons for anyone who wants to understand the causes of environmental destruction.

One is the cruel absurdity of using “per capita” averages to determine the impact that individuals have on the environment. None of the poison in Oroya, none of the lead dust in Missouri or the dioxins in Utah were caused by Peruvian or American working people, or by consumers anywhere. Ira Rennert and a handful of high-paid executives made all of the polluting decisions, and only they should be held responsible.

But a more important point is the distinction between consumption and power.

As an individual consumer, Rennert represents hyper-consumption at its worst. His way of living is a gross insult to the earth.

But as the owner of the Renco Group Inc., Rennert has shortened the lives of tens of thousands of people and laid waste to entire ecosystems.

As a consumer, Rennert lives an excessively wasteful life. As a capitalist, he has power over the way that other people live – and the way that they die.

That’s a fundamental difference that can’t be reduced to too many people consuming too much.

was paid for by people who live in La Oroya, Peru: 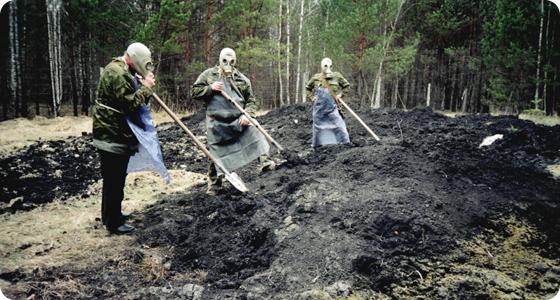 More on Rennert and Renco