Why does GMO soy dominate Argentine agriculture? ‘Seeds of Power’ exposes the forces that have overwhelmed voices of resistance.

In the winter of 1996, Monsanto and a few other companies first began to sell genetically engineered seeds to commercial growers, and also mounted a massive public relations effort to convince people of their supposed benefits. They hyped their new GMOs as the answer to world hunger, a way to help troubled farmers stay on the land, and as a technology that would bring higher quality, more nutritious food to all. Skeptics in many countries responded swiftly: Greenpeace blockaded shipments and planted symbols in farmers’ fields, while decentralized networks of activists organized Global Days of Action.

Saboteurs in some countries attacked GMO test plots in the dark of night, but in the UK they started doing it out in the open, leading to dramatic acquittals by local courts. Some farmers in India held large, public ceremonies to burn GMO crops. Within a year, the European Union began to require labeling of food products containing GMO ingredients. 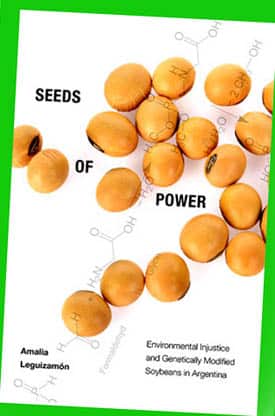 Twenty-five years later, genetically engineered crop varieties are grown on roughly 190 million hectares worldwide – a relatively constant figure since the early to mid-2010s – and the profile of what is being grown and where does not differ very much from the late 1990s.

Half the global GMO acreage is in soybeans, with soybeans, corn, cotton and canola representing 99 percent of all genetically engineered crops. Forty percent of all GMO acreage is in the US and 95 percent of the acreage is in just seven countries. Eighty-five percent of GMO crops are engineered to withstand high doses of chemical weed-killers – most often Monsanto/Bayer’s “Roundup” family of herbicides – and more than 40 percent produce a bacterial pesticide aimed to attack various “pest” species, but with long-documented harms for a host of beneficial insects. (The total exceeds 100 percent due to varieties that contain multiple, or “stacked,” engineered traits.)

As many readers know, this technology has failed to demonstrate any consistent advantages for crop yields or food quality, but has helped drive an unprecedented consolidation of corporate power in the global seed and agrochemical sectors. Following a mid-2010s cycle of mergers – which greatly compounded the impact of the original late-nineties wave of GMO-driven mergers and acquisitions – three global agribusiness empires came to control 70 percent of agrochemical production and more than 60 percent of the commercial seed market.

While much of the world continues to reject GMO crop production, these varieties still dominate global food processing and markets for livestock feed. Farmers in many countries have had an increasingly difficult time obtaining seeds with desired agronomic traits – nearly always the result of traditional crop breeding – that aren’t also genetically engineered to resist herbicides and/or produce insecticidal toxins.

And while GMO skeptics are occasionally written off as anti-science, researchers around the world continue to document the unintended consequences of GMO products, often in defiance of corporate-driven assaults on their reputations and livelihoods.

While active resistance to GMOs continues in many countries, many people have become complacent about our bifurcated food supply: those who are able to pay more increasingly favor organically grown and GMO-free products, while others are faced with an increasingly synthetic and often toxic food supply. The latest wave of advocacy for state-level GMO labeling in the US was curtailed by an Obama administration-supported bill that purportedly mandated a uniform national labeling rule, but one that is fundamentally misleading, filled with loopholes, and designed to be widely ignored. Still, people in much of the world continue to reject genetically engineered foods and agriculture.

One notable exception to this is Argentina, the third largest GMO producer after the US and Brazil. GMO soybean production has come to increasingly dominate Argentina’s agriculture, with only occasional sparks of resistance. Over a decade ago, I met the Argentine sociologist, Amalia Leguizamón, who was then a graduate student in New York City struggling to understand just how that had come to pass. She began to explore the conditions on the ground in the centers of GMO soy production in Argentina, and found that the rare voices of resistance were typically overwhelmed by what appeared to be an unbreakable national consensus.

Now a professor at Tulane University in New Orleans, she has produced a meticulously researched and superbly readable volume that tells the story of her investigations and reaches to the core of Argentina’s apparent infatuation with GMO soybeans.

Leguizamón’s book, Seeds of Power: Environmental Injustice and Genetically Modified Soybeans in Argentina (Duke), transports readers into some of the most soy-dependent places in Argentina, spanning the famous pampas grasslands and the forested Chaco region, together encompassing the northeastern third of the country. Fields of herbicide-dependent GMO soybeans have spread as far as the eye can see in many areas, running right into people’s backyards and dominating the roadsides.

Many large soy plantations are managed remotely by corporate-tied entrepreneurs and technicians who utilize the latest high-tech tools, and often live in urban and suburban areas many hours away from the farms they operate. They have expanded upon a tradition of large export-oriented farms that goes back to the late-nineteenth century wave of European immigrants, who were recruited by the millions to help turn Argentina’s rangelands into “el granero del mundo” – the “granary of the world.”

But it was only after the arrival of GMOs that the region shifted dramatically from producing wheat, corn, beef, dairy and a variety of other products toward increasingly mechanized monocultures of soybeans. Soybeans now represent half of Argentina’s agricultural production, with 80 percent of all farmland in plots larger than 1000 hectares (nearly 2500 acres). Rural dwellers – now less than ten percent of the country’s population – typically work as contract laborers and their lives are dominated by the decisions of corporate managers and remote farm owners. Yet people in cities and towns still commonly proclaim that “we all live off the countryside,” as they rely on the relative economic stability the export soy industry can offer.

The military dictatorship of the 1970s and eighties largely pacified the rural areas politically, and the neoliberal policies of the 1990s further entrenched patterns of corporate dominance, boosted by hefty seed discounts and relaxed patent rules that made GMO soybeans appear even more desirable for Argentine growers than for their counterparts in the US. The neo-populist administrations of Nestor and Cristina Kirchner supported the expansion of the soy economy and large growers successfully defeated a government attempt to raise export taxes during the global food crisis of the late 2000s, further entrenching their political influence.

Leguizamón did, however, happen upon some pockets of concern and skepticism. In one soy-dependent town, she learned of high rates of cancer, miscarriages and birth defects, but most people insisted they had no idea why this was occurring and voiced a persistent sense of resignation and fatalism, even amidst the ever-present fumigation trucks. While a few more trenchant concerns occasionally slipped through – most notably when she found herself in temporarily women-only spaces – people typically shut themselves down before their conversations got very far.

However in one city, deep in the interior of the country, tacit concerns blossomed into an organized resistance that led to a local ban on crop dusting, a nationally famous lawsuit against a major violator, and eventually the cancellation of plans to build a massive new Monsanto corn seed plant that would have been one of the largest in the world. That community, on the outskirts of the city of Córdoba, became the site of a blockade and encampment that lasted a couple of years and hosted as many as 200 people, including international supporters. Indigenous communities in the northern part of the country, facing widespread deforestation and dislocations, have also made some waves, but have had fewer tangible successes.

Seeds of Power contains insightful reflections throughout on a compelling problem that is rarely closely examined by activist-researchers: “how power operates to create acquiescence.” What is often characterized as public support for corporate-friendly policies is often just a mere acceptance by those who feel they have little power or agency to raise difficult questions. Constraints of culture, history, enforced traditional gender roles and other such factors play a powerful silencing role. Where people feel disempowered, we know they are often far more susceptible to forms of political and religious demagoguery that may feed their acceptance of the health hazards and economic stresses they experience on a daily basis. Groups of mothers, like those near Córdoba, will sometimes see most clearly through the fog, and are often in the forefront of struggles for environmental justice.

Leguizamón’s insights on the politics of acquiescence also shed light on the realities faced by famers in the US Midwest, where the constant pressure to keep expanding operations just to keep their families on the land often compels acceptance of labor-saving technologies such as herbicide-tolerant GMO crops.

This past year, the coronavirus pandemic and the worldwide race to develop and distribute COVID-19 vaccines has boosted the reputations of companies engaged in medical biotechnology research, and their agribusiness counterparts have mounted a public relations offensive to try to share in the benefits. They systematically obscure the fundamental distinction between the use of advanced genetic methods as research tools and the release of living genetically manipulated organisms into the open environment. While genetically engineered yeasts or bacteria in confined laboratory settings are typically involved in the initial phase of production of new pharmaceuticals such as mRNA vaccines, the purified end products carry far less risk of unintended consequences than whole engineered organisms.

The scientific literature on GMO technologies’ disruption of genetic regulation at the cellular and molecular levels is quite extensive and compelling, despite industry disinformation to the contrary. While biotech approaches to monitoring and analysis have also helped enhance the speed and reliability of plant breeding research, there is a similarly clear distinction between diagnostic methods in a laboratory setting and uncontrolled releases of engineered seeds, plants and even insects. We are told that newer methods of gene editing by methods such as the Nobel-honored CRISPR-Cas9 technology are inherently more precise than conventional genetic engineering methods, but there is also a growing cautionary literature on unintended consequences of those more advanced genetic manipulations.

Seeds of Power offers important insights on the complex dynamics of power and compliance and how they can play out in a broad national context. It helps us understand how individuals position themselves amidst those dynamics and appreciate the often unconscious personal decisions that can serve to reinforce patterns of social control. It offers an exceptional mix of scholarship and storytelling, and deserves to be widely read by everyone who wants to better understand how the global GMO debate has evolved over these past 25 years. 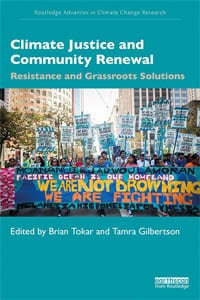 He is a lecturer in Environmental Studies at the University of Vermont and a faculty and board member of the Institute for Social Ecology. This book review first appeared in Green Social Thought.