‘If wildlife-oriented solutions distract from the weaknesses that COVID-19 has exposed in global health security, the next pandemic will levy a higher toll.’

The supermarket where I shop, a small-town branch of a national grocery chain, sells live lobsters, ready to be boiled and eaten. No one blinks an eye when they pass the tank. I have yet to hear anyone call for a ban on that wet market, or for outlawing that Canadian trade in live wild animals. 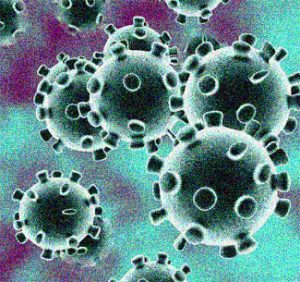 And yet pop science writer Jared Diamond, writing in The Washington Post, thinks it is okay, indeed essential, to demand that China outlaw the sale of wild animals.

The difference couldn’t have anything to do with racism, could it?

The article below was published last week in The Lancet Planetary Health. Obviously much more could be said about the role of capitalism and industrial agriculture in making pandemics inevitable. Nevertheless ecosocialists should pay attention what the article says. “Fear and policing only handicap the real work of engendering respect for nature, weakening conservation in the long-term.”

Important related reading:
Covid-19 and the Circuits of Capital, Monthly Review, May 2020

by Evan A. Eskew and Colin J. Carlson

The ongoing COVID-19 pandemic will be among the most significant global health crises of several generations. The causative virus, severe acute respiratory syndrome coronavirus 2 (SARS-CoV-2), is almost certainly of zoonotic origin, with current evidence implicating a bat reservoir and, potentially, a pangolin intermediate host. [1] Nearly half of the original COVID-19 cases were linked to a market in Wuhan, China, where multiple wildlife species were butchered and sold.[2]

Although it remains unclear whether spillover occurred in the market, the strong suspicion of a connection has reignited a global debate about the threat wildlife trade and consumption poses to health security. Early in the outbreak, a group of Chinese scientists authored an open letter to their government calling for a wildlife trade ban. Similarly, American conservation organisations and academics have been quick to advocate for complete restriction of the commercial trade, especially when animals are intended for human consumption and particularly in wet markets given their potential role as hotspots of cross-species viral transmission. This collective rhetoric suggests that eliminating wildlife trade is a simple, effective defence against zoonotic pandemics.

Indeed, expansive wildlife trade regulations driven by the threat of COVID-19 might seem to conservationists a double victory for human and wildlife health. But these calls to action, and their disproportionate focus on Africa and Asia, often ring hollow given that many high-income countries routinely outsource their biodiversity threats to other nations.[3]

This outbreak is not the first time these policy pitfalls have been encountered: conservationists warned in 2015 that there was “no conservation silver lining” in the west African Ebola virus epidemic. They raised concerns about the ethical hazards of using Ebola as “a Trojan horse to achieve wildlife conservation ends,”[4] particularly when demonization of the animals implicated in disease transmission could backfire on conservation, yet governments still implemented bushmeat bans. These bans fell short of their stated aims, as bushmeat trade was pushed into illegal channels that limited surveillance and bans undermined community trust—not just in conservationists but also in the Ebola outbreak response.[5]

Our current policy dilemmas are largely the same.[6] Advocates of trade bans throughout southeast Asia often note the differences between subsistence hunting in Africa and the types of wildlife consumption characteristic of Asian markets. But these consumer narratives come embedded with their own troubling assumptions along lines of race and xenophobia that are only starting to be unpacked.[7] Perspectives that we amplify at this sensitive moment will spread far beyond academic journals: already, massive coverage of wet markets and bat reservoirs has metastasised in the form of xenophobic bat-soup jokes, not just from online trolls but from national politicians and major media outlets. Is this our conservation coalition?

Even while noting some of these concerns, prominent voices still push for action that ostensibly prioritises the long-term objective of global health security. In a recent op-ed in The Washington Post calling to end the wildlife trade, virologist Nathan Wolfe and scientist–historian Jared Diamond argue that although wildlife consumption is a “fundamental cultural practice [in China]…the global threat from coronaviruses is too great.”[8] In this view, cultural concerns are at best a sensitivity to be soothed and at worst a roadblock on the path to global health policy that stops pandemics by stopping the wild animal trade.

Unfortunately, the science of zoonoses is not that simple, even for the narrow case of coronaviruses. Globally, there are probably hundreds of undiscovered mammalian coronaviruses, many with the potential to infect human beings. Only three of the seven known human-infective coronaviruses cause severe disease. One of these, the Middle East respiratory syndrome coronavirus (MERS-CoV), has an even higher fatality rate than either of the two SARS coronaviruses and has spread internationally, including a 2015 South Korean outbreak that killed 38 people. Like its siblings, MERS-CoV probably originates in bats.[9] Unlike the SARS viruses, MERS-CoV spreads to human beings through dromedary camels.[10] Halting the wildlife trade, or even all direct contact between people and bats, would not necessarily prevent a novel MERS-like virus from emerging as a pandemic threat. Similarly, we know that key exposures to other types of zoonotic viruses also take place outside the wildlife trade pathway.[11]

The uncomfortable reality is that stopping pandemics is not as simple as stopping wildlife trade. Although the rising tide of emerging diseases will force societies to reconsider their relationships with the environment, external pressures that condemn wildlife exploitation but seek to replace it with fear and policing only handicap the real work of engendering respect for nature, weakening conservation in the long-term. Simultaneously, pushing an incomplete narrative reduces our credibility in global health circles; due to globalisation, industrial agriculture, and the ubiquity of viral biodiversity, a pandemic can emerge practically anywhere. For example, the 2009 H1N1 influenza pandemic originated in North American pig farms.[12] Thankfully, influenza is a well-recognised pandemic threat. As a result, the international community has more stringent safeguards against an influenza pandemic, including governance of outbreak response, sequence sharing, and vaccine production. Comparable frameworks are non-existent for many other zoonoses with pandemic potential.

This problem is unavoidable when pandemic prevention is framed strictly around animal origins: once a virus emerges in people, the public health field is inevitably tasked with detection and diagnosis, rapid containment, and effective, equitable health-care provision. Thus, even with extensive wildlife trade bans, crippling zoonotic disease burden remains a near certainty in the absence of strengthened health systems. If wildlife-oriented solutions distract from the weaknesses that COVID-19 has exposed in global health security, the next pandemic will only levy a higher toll when it comes.

Published under a Creative Commons License (4.0)

[6] Challender D, Hinsley A, Veríssimo D, ‘t Sas-Rolfes M. “Coronavirus: why a blanket ban on wildlife trade would not be the right response.” The Conversation, April 9, 2020