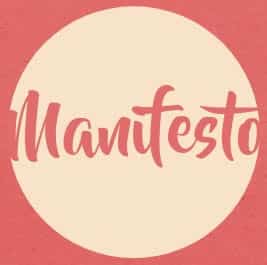 The following statement, signed by 170 academics from eight universities in the Netherlands, has been widely reported in the Dutch press, becoming a focus for discussion on how to avoid repeating past mistakes when in planning for the future.

Covid-19 has shaken the world. It has already led to the loss or devastation of countless lives, while many people in vital professions are working day and night to attend to the sick and stop further spread. Personal and social losses, and the fight to stop these, demand our continued respect and support. At the same time, it is critical to view this pandemic in historical context in order to avoid repeating past mistakes when we plan for the future.

The fact that Covid-19 has already had such a major economic impact is due, amongst other factors, to the economic development model that has been dominant globally over the last 30 years. This model demands ever-growing circulation of goods and people, despite the countless ecological problems and growing inequalities it generates.

Over the last few weeks, the weaknesses of the neoliberal growth machine have been painfully exposed. Among other issues we have seen: large companies pleading for immediate state support once effective demand falls away for even a short time; insecure jobs being lost or put on hold; and further strain placed on already underfunded healthcare systems. People who recently confronted the government in their struggles for recognition and decent salaries are now, remarkably, considered to have ‘vital professions’ in healthcare, elderly care, public transport and education.

A further weakness of the current system, and one that is not yet prominent in discussions of the pandemic, is the link between economic development, the loss of biodiversity and important ecosystem functions, and the opportunity for diseases like Covid-19 to spread among humans. These are lethal links and could become much more so. The WHO has already estimated that, globally, 4.2 million people die each year from outdoor air pollution, and that the impacts of climate change are expected to cause 250,000 additional deaths per year between 2030 and 2050. Experts warn that with further severe degradation of ecosystems — a scenario that is to be expected under the current economic model — chances for further and even stronger virus outbreaks on top of these unfolding catastrophes are realistic.

All this requires drastic and integrated action and makes it critical to start planning for a post- Covid-19 world as soon as possible. While some short-term positive social and environmental impacts have emerged in the crisis — such as community support, local organizing and solidarity, less pollution and GHG emissions — these changes will be temporary and marginalized without concerted efforts for broader political and economic change. It is therefore necessary to envision how this current situation could lead to a more sustainable, fair, equitable, healthy, and resilient form of (economic) development going forward; one that acknowledges the structurally unsound pressures of the neoliberal model on people and environments, and that establishes policies and political strategies to achieve meaningful, sustainable and equitable change.

This brief manifesto, signed by 162 Netherlands-based scholars working on issues around development, aims to summarize what we know, from our collective research and writing, to be critical and successful policy strategies for moving forward during and after the crisis.

We propose five key policy proposals for a post-Covid-19 development model, all of which can be implemented immediately and sustained after this particular crisis has subsided:

As academics, we are convinced that this policy vision will lead to more sustainable, equal and diverse societies based on international solidarity, and one that can better prevent and deal with shocks and pandemics to come. For us the question is no longer whether we need to start implementing these strategies, but how we go about it. As we acknowledge those groups hardest hit by this particular crisis in the Netherlands and beyond, we can do justice to them by being proactive in ensuring that a future crisis will be much less severe, cause much less suffering or not happen at all.

Most of all, we need to work on these positive visions to counter ‘disaster capitalist’ responses that aim to make (even) more profit out of others’ misery and strengthen those policies that have rendered the planet unsustainable. Together with many other communities, in the Netherlands and globally, we believe the time is right for such a positive and meaningful vision going forward. We urge politicians, policy-makers and the general public to start organizing for their implementation sooner rather than later.