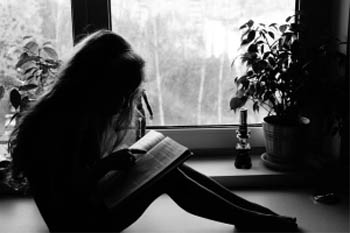 John Sayles
YELLOW EARTH
Haymarket Books, 2020
A new novel by filmmaker John Sayles —a powerful and engrossing account of what happens when shale oil is discovered under Yellow Earth, North Dakota and the neighboring Three Nations Indian reservation. Sayles draws an arc from the earliest exploitation of this land and its people all the way to twenty-first-century privatization schemes.

Victor Wallis
SOCIALIST PRACTICE: Histories and Theories
Palgrave MacMillan, 2020
Victor Wallis’s wide-ranging essays offer a framework for understanding the successes and failures of the global socialist movements. Spanning a range of national experiences, they address the crying need to generate a society-wide awakening, grounded in purposeful discussion among all those (the vast majority) whose interests are ill-served by continuation of the status quo.

Paul Blackledge
FRIEDRICH ENGELS AND MODERN SOCIAL AND POLITICAL THEORY
SUNY Press, 2019
A comprehensive exploration of Engels’s contributions to Marxism, rebutting academic criticisms of his work and claims that he and Marx disagreed. Blackledge argues that Engels writings “are of the first importance to those of us on the contemporary revolutionary left whose aim it is to avoid the limitations of reformism without collapsing into sectarianism while simultaneously forging, an ethical and ecological socialism that escapes the moralistic ‘impotence in action’ of so much modern leftist rhetoric.”

Paul R. Josephson
CHICKEN: A History from Farmyard to Factory
Polity Books, 2020
Chicken is humanity’s leading source of animal protein. Billions of birds are slaughtered every year, having lived lives that are nasty, brutish and short. The waste from these victims is polluting rivers and poisoning animals. Josephson tells this story from all sides, from farmers to scientists to ruthless capitalists who profit at the expense of animal welfare and the environment.

Stefano Mancuso
THE INCREDIBLE JOURNEY OF PLANTS
Other Press, 2020
Generation after generation, using spores, seeds, or any other means available, plants move to conquer new spaces, often travelling thousands of miles. This richly illustrated book examines the many different ways plants move, the incessant action and drive to spread life that has led plants to colonize every possible environment on earth.

On Barak
POWERING EMPIRE : How Coal Made the Middle East and Sparked Global Carbonization
University of California Press, 2020
Long before oil was discovered in the Middle East, British coal fueled a revolution of steamboat imperialism there. Barak reveals the political and military motives behind what is conventionally seen as a technological innovation, provocatively recounting the carbon-intensive entanglements of Western and non-Western powers, and exposing historical roots of today’s climate crisis.