Socialists debate whether nuclear can generate the power needed to improve the economic well-being of the vast majority of people, without carbon emissions. 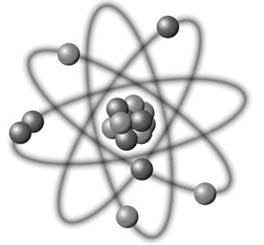 Socialists debate whether nuclear can generate the power needed to improve the economic well-being of the vast majority of people, without carbon emissions.

Marco Rosaire Rossi is a graduate student in the Political Science Department at the University of Illinois-Chicago. His  work has appeared in Z Magazine, The Humanist, and New Compass.

The success of any revolutionary socialist project is dependent on it putting forth policies that improve the economic well-being of the vast majority of people. This is only possible through increasing a national economy’s productive potential, especially for underdeveloped nations. At the same time, such increases have the potential to damage the natural environment. The dire potentialities of climate changes mean that a revolutionary socialist project must abolition poverty through increasing production while at the same time guaranteeing sustainability through using fewer resources. To solve this dilemma, socialist movements must embrace technologies that produce more energy while generating fewer greenhouse gases.

The majority of socialists in developed nations have accepted the idea that this can be achieved through renewable energy, mostly wind and solar. However, as wind and solar continue to be deployed the prospect of a completely renewable energy future appears less likely. Currently, the only technology that can generate large quantities of power without carbon emissions is nuclear. Yet, outside of a handful of few advocates—such as David Walters and Leigh Phillips—socialists have been hostile towards nuclear energy. This hostility is based on misinformation. Amory Lovins and other anti-nuclear advocates have made a career out of misinforming the public on nuclear power.

In the cases of Lovins, this misinformation campaign has been motivated by the idea that the ecological problems can be solved through a technocratic incorporation of nature’s value into market transactions. This incorporation is supposed to lead to new efficiencies that allow governments to “reduce taxes on personal income”[1] because social needs are served through individual technologies. Wind and solar inherently support this goal because their distributive nature has the potential to eliminate the need for a shared energy infrastructure.

By naively accepting the misinformation campaigns against nuclear, socialists have given tactical approval for Lovins’ privatized techno-utopias. In doing so, they have ended up attacking industrialism instead of capitalism, and have failed to provide realistic solutions to the climate crisis that simultaneously addresses the issue of global poverty.

A reliable source of energy is critical to an economy’s productivity. Indeed, industrialism itself was a revolution in energy, where less intensive and dependable fuels (i.e. forms of biomass) were replaced with ones far more predictable and efficient (i.e. fossil fuels). One indication of an energy source’s reliability is its capacity factor. Capacity factors measure the “real world” output of an energy source opposed to its design potential. For example, a power plant could potentially produce 1,000/MWh of energy, but if it has a capacity factor of 50%, in real world terms it will only produces 500/MWh.

Not only is the capacity factor of these sources low, but they are also intermittent, meaning the energy is inconsistently produced. The low capacity factor and intermittency of wind and solar require an overbuilding of their infrastructure to produce enough energy to meet demand. This overbuilding of infrastructure creates numerous economic and environmental problems.

Nuclear is more expensive than onshore wind at $49.8/MWh, solar PV at $45.7/MWh, and hydroelectric at $39.1/MWh.[3] But these figures do not include the full cost of these energy sources. The EIA’s calculations only two types of tax credits: The Production Tax Credit, which is available to nearly all renewable sources, and The Solar Investment Tax Credit, which is available exclusively to solar.

In addition to these subsidies, unlike other forms of energy, the cost of wind and solar increases the more they are integrated into the grid. The reason for this is because the low capacity factor and intermittency of these sources create problems for grid operators; these problems compound as these energy sources expand in use. Currently, the US Environmental Protection Agency (EPA) estimates that the social cost of carbon pollution ranges from $12 to $123 per metric ton of CO2.[5] However, the cost of forcing renewable energy sources on to the grid through Renewable Portfolio Standards is well above that, ranging from $130 to $460 per metric ton of CO2 abated.[6]

Even within a socialist context—with the profit margin removed as a consideration—an energy system mostly reliant on wind and solar would still be highly uneconomical and would result in energy being extremely unevenly distributed. Furthermore, the problem of intermittency means that it would be impossible to make wind and solar more economical and accessible through economies of scale.

The environmental impact of energy sources should be evaluated in a multifaceted manner. Many energy sources are environmentally beneficial in one respect but have negative impacts in another. Contrary to popular belief, nuclear power has several environmental benefits. Not only is it able to produce large quantities of power with few greenhouse gas emissions, but it is also superior to other energy sources—including wind and solar—in terms of land use, totals materials used, and waste management.

Nuclear power’s primary benefit is its high energy density. The average person in a developed nation will use approximately 6.4 million kWh of energy in their lifetime. For uranium, this energy output is achieved through 40.7 cm3 (approximately the size of a golf ball). In comparison, for compressed natural gas, an equivalent amount would require 56 × 20,000L tanker trucks. For coal, it would require 4,000 m3. This extremely high energy density means that nuclear can generate large quantities of energy with few inputs.[7]

Additionally nuclear power is one of the fastest means to decarbonize a grid. Starting in the late 1970s, both Sweden and France aggressively moved nuclear onto their grids. Today, they have some of the lowest emissions in all of Europe. The World Bank estimates that the per capita carbon emissions of France are 4.57 metric tons and for Sweden they are 4.478 metric tons. Both of these figures are below the global average and nearly half the rate of Germany (8.89 metric tons), which has attempted to decarbonize its grid by reducing its reliance on nuclear and increasing its use of wind and solar.[9]

According to the International Atomic Energy Association, the land footprint of a nuclear facility is among the lowest of nearly any energy source. Nuclear energy’s approximate median land use impact is 0.78 m2year/MWh. Only natural gas and hydropower are lower at 0.26 and 0.2 m2year/MWh, respectively. Meanwhile, the land footprint of solar and wind, due to their distributive nature, are both devastatingly large, ranging from 3 m2year/MWh to as high as 57 m2year/MWh.[10] Nuclear also uses far fewer materials.

Nuclear waste is the energy’s most significant shortcoming. Collectively, the nuclear power plants in the United States have produced approximately 90,000 tons of waste.[12] Nevertheless, when compared to the waste from other energy sources, nuclear energy’s waste production is rather modest. In the United States, coal plants produce approximately 130,000,000 tons of coal ash.[13] Yearly, 2,370,000 tons of electronic waste (which solar and wind dramatically contribute to) are produced.[14] In terms of natural gas and oil production, 28,000,000,000 tons of produced water are generated every year.[15]

Out of all these sources, nuclear energy is the only source that produces high-level radioactive waste (HLW), but this is only approximately 3% of the waste. HLW can take 1,000 – 10,000 years to no longer become radioactive, but all the other sources of waste contain heavy metals such as mercury, lead, and cadmium. These heavy metals are extremely toxic at very low doses and do not naturally decay. Currently, there is no effective waste management system for these heavy metals and many of them pose severe threats to human health and the natural environment.

Finally, the possibility that a nuclear power plant could meltdown has led some to believe nuclear power is uniquely dangerous. The reality is that the likelihood of a devastating meltdown occurring is extraordinarily rare. Per kilowatt hour, nuclear power has the fewest deaths of any energy source.[16] The World Health Organization has calculated that the Chernobyl disaster—by far the worst nuclear power plant disaster ever—could lead to approximately 4,000 premature deaths over several decades due to exposure from radiation.[17] To put that number in perspective, the EPA estimated that approximately 160,000 people in the United States die from air pollution in 2010 alone.[18]

In the context of extreme poverty and global climate change, socialists must support technologies that can produce more energy with less pollution, and embrace the advantages of having a shared energy infrastructure. Nuclear power is an essential means for rapidly decarbonizing the global economy without causing a decline in living standards.

Nevertheless, too many socialists continue to be hostile to nuclear power and remain committed to powering the world mainly on wind and solar. This hostility is counterproductive. There is no time to chase green dreams of privatized techno-utopias. If a revolutionary socialist movement is to be relevant to the working class, it must offer realistic solutions to the climate crisis that directly address the reality that the movement toward socialism requires increasing a national economy’s productive capacity.

Failure to do so, inadvertently gives legitimacy to bourgeoisie environmental critiques that attacks industrial capitalism, and ignore the likelihood of eco-austerity under so-called natural capitalism.

[4] “Federal Support for the Development, Production, and Use of Fuels and Energy Technologies” The Congressional Budget Office November 2015.