CSR is a public replations framework that lets corporations greenwash their public images, pretending to change so that everything can remain the same 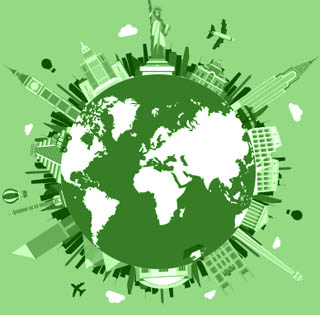 CSR is a public relations framework that lets corporations greenwash their public images, pretending to change so that everything can remain the same

The Great Transition Initiative is an online discussion forum that allows in-depth discussion of environmental ideas. Rather than brief comments, participants submit detailed responses to controversial essays. The comments reflect a wide range of political opinion, in search of “a new praxis for global transformation.”

This article, reposted with permission from GTI, replies to a paper on Corporate Social Responsibility by Allen White of the Tellus Institute. The full forum is online here.

WHY ‘CORPORATE SOCIAL RESPONSIBILITY’ IS A HOAX

Allen White’s thinking about how to make corporations truly sustainable in all dimensions is always stimulating. His new paper on corporate social responsibility (CSR) and corporate redesign provides a fitting opportunity for me to revisit a chapter in my work that I abandoned several years ago out of frustration.

I became involved in social activism to find ways to gradually reduce and eventually end what is called “unequal exchange.” Workers in countries on the periphery of global markets are exploited at will by transnational corporations in a “modern slave work” system in which they are paid a fraction of what such corporations would pay to workers in their home countries for equal work of equal value. When I began my effort at the start of the century, I found CSR a potentially viable concept pressuring corporations to provide living wages and gradually achieve equal pay for work of equal value.

However, as I met with many NGOs, trade unions, multilateral organizations, and business initiatives and watched CSR evolve, it gradually became evident that CSR was really a hoax, for the simple reason that the vast majority of corporations had a single-minded focus on the short-term maximization of shareholder value, and this priority was baked into their DNA. They thus approached CSR as a way to burnish their public image, only pretending to change so that everything would remain the same. CSR, as a result, became a mockery of what it should have been. Surely, there have been many well-intentioned initiatives, but our vision was naïve from the start, given the nature of capitalism. In practice, CSR became a public relations tool to maximize profits.

Subsequently, I gradually realized that an even larger hoax is our belief that we live in democratic societies. There are, of course, some spaces that allow some democratic practices. However, we have lived for as long as I can recall in marketocratic societies. As capitalism emerged from feudalism and mercantilism and became more pervasive, more sophisticated, and more predatory, the market encroached on the development of democratic societies and gradually captured the emerging nation-states of the nineteenth and twentieth centuries. The institutions of so-called representative democracy were hijacked in service of a tiny oligarchic elite, and a revolving door system between corporations and government has allowed legislators and regulators to become executives in the economic sectors they had been regulating.

If we had truly democratic societies, CSR would not exist, nor would it have to. Instead, we would have a global binding regulatory system of business practice determined by the people, not by multilateral organizations, corporate lobbyists, and revolving-door politicians. The usurpation of the democratic ethos was inevitable because capitalism and real democracy are inherently incompatible and thus cannot coexist. Such concepts as capitalist democracy or democratic capitalism are self-contradictory, for we can hardly find a more direct antagonism than between the raison d’êtres of democracy and capitalism.

Democracy prioritizes social coexistence and the achievement of equal welfare for every rank of society, especially the dispossessed. Capitalism, in stark contrast, prioritizes the pursuit of the individual’s private interest with no regard for the impact that such activity has on the welfare of others. Fundamental elements of true democracy such as equality, social justice, welfare, and regulation are anathema to capitalism and thus to marketocracy. Businesses thus cannot and will not be socially responsible as long as the institutions of democracy remain captured by marketocracy.

Moreover, all of this becomes irrelevant if we remain oblivious to the state of our planet. Unless we address, in a determined and forceful manner, the anthropogenic pressures on our planet, ecological crisis will overshadow all other issues. Capitalism is deeply unsustainable for the simple reason that it requires growing consumption of resources on a finite planet. Technological hubris cannot suspend the mathematics of capitalist accumulation and the laws of thermodynamics.

We need to shift to sustainable patterns of production and consumption to drastically reduce our unsustainable ecological footprint. At the same time, we must continue to fight for social justice in a world with an undemocratic entrenched system designed to exploit people, plunder natural resources vital for life, exhaust the riches of our planet, violate human rights, and generate increasing inequality for the benefit of a tiny cartel of plutocrats, the global robber barons of today. To accomplish this, we must fight for a transformation of society based on a radically different social paradigm that serves the welfare of people and planet.

Consequently, we cannot pretend to fix the problems inherent to capitalism without replacing capitalism. If we aspire to build a completely new paradigm, then we must realize that many elements of our value system will cease to have meaning. The concept of a “living wage,” for example, would be treated as a relic of the marketocratic system, as the wage system and capital-labor divide are antithetical to true democracy. We must instead transcend the market in order to redefine how work will be remunerated in new socially and environmentally sustainable enterprises. In the same way, CSR and corporate redesign also become moot points because the nature of business will be completely replaced by new concepts.

To advance this shift, we need to first establish a truly democratic ethos. We, the Demos, must organize across the world to liberate our national and multilateral institutions from their abduction by dominant classes. To establish a truly democratic ethos, where the people are directly involved in protecting our common and individual rights, we need to build a new institutional edifice designed to provide conditions of life worthy of human dignity and to sustain the planet and all its inhabitants. Rather than corporate redesign, we need a social contract redesign.

Such a vision of social justice and ecological sustainability may seem utopian, but we have no choice. Unless we stop anthropogenic climate change and recover the conditions necessary for long-term sustainability, we will fail to bequeath to future generations of all species a planet where they can live and thrive or even survive. We may have already run out of time, but our only choice is to create the conditions for transcending the market and to design a new social edifice.