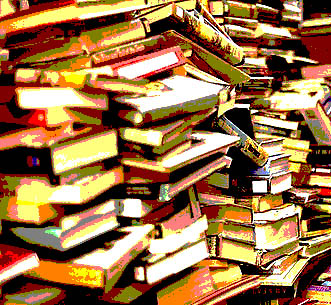 Quincy Saul, Editor
THE EMERGENCE OF ECOSOCIALISM
Collected essays by Joel Kovel
2Leaf Press, 2019
In 2001, Joel Kovel and Michael Lowy co-authored An Ecosocialist Manifesto, a highly-influential attempt to define a new global movement. This book brings together declarations, essays and undelivered speeches, along with classic papers from Capitalism Nature Socialism, the journal Kovel edited for many years. An indispensable collection of his insightful and often idiosyncratic contributions to the cause of social and environmental liberation.

Gilbert M. Gaul
THE GEOGRAPHY OF RISK
Epic storms, rising seas, and the cost of America’s coasts
Macmillan, 2019 (In Canada: Raincoast Books)
Americans have built $3 trillion worth of property in some of the riskiest places on earth: barrier islands and coastal floodplains, supported by federal subsidies, tax breaks, low-interest loans, grants, and government flood insurance. Gaul describes one of the worst planning failures in American history, and shows that the costs to taxpayers are reaching unsustainable levels.

David George Haskell
THE SONGS OF TREES
Stories from nature’s great connectors
Penguin Random House, 2018
Scientific, lyrical, and contemplative, Haskell reveals the biological connections that underpin all life.  In a world beset by barriers, he reminds us that life’s substance and beauty emerge from relationship and interdependence.

Marc Brodine
GREEN STRATEGY
Path to fundamental transformation
International Publishers, 2019
Brodine, a frequent contributor to Peoples World and Political Affairs, offers a socialist approach to environmentalism. He argues for linking environmental issues to other struggles, that a massive worldwide movement for fundamental change is the only way to transform our politics and our economy, and to protect our species.

Vaclav Smil
GROWTH
From microorganisms to megacities
MIT Press, 2019
This ambitious work attempts a systematic investigation of growth in nature and society, from tiny organisms to the trajectories of empires and civilizations. He argues that we can chart the growth of organisms across individual and evolutionary time, but that the progress of societies and economies, not so linear, encompasses both decline and renewal.

Orrin H. Pilkey & Keith C. Pilkey
SEA LEVEL RISE
A slow tsunami on America’s shores
Duke University Press, 2019
The consequences of twenty-first-century sea level rise on the United States and its nearly 90,000 miles of shoreline will be immense. The authors examine its impact on coastal ecosystems, health, and native Alaskan coastal communities, and argue that the only feasible response along much of the U.S. shoreline is an immediate and managed retreat.

Julian Cribb
FOOD OR WAR
Cambridge University Press, 2019
Australian science journalist Julian Cribb examines past, present and future connections between food and human conflict, and proposes a new food system that he believes can meet our global needs on this hot and overcrowded planet.

Giorgos Kallis
LIMITS
Why Malthus was wrong and why environmentalists should care
Stanford Press, 2019
Kallis, a leading figure in the Degrowth movement, believes Malthus confused limits and scarcity. He argues for an institutionalized culture of sharing to enable collective self-limitation. In a recent review, Martin Empson called the book “short, readable and stimulating,” but was disappointed by its simplistic account of Marxism.

Seth Donnelly
THE LIE OF GLOBAL PROSPERITY
How neoliberals distort data to mask poverty and exploitation
Monthly Review Press, 2019
Donnelly deconstructs claims that global poverty has fallen dramatically, and exposes the spurious methods of poverty measurement and data on which such claims depends. His carefully researched study shows that that global poverty, inequality and misery remain massive, afflicting the majority of the world’s population.