New scientific papers explode the myth that refuses to die. 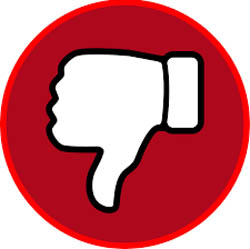 New scientific papers explode a myth that refuses to die

It’s a myth that won’t die. Because the word “Anthropocene” is derived from the Greek word anthropos, meaning human being, some radical critics charge that Anthropocene science blames all of humanity for the global environmental crisis. Some even claim that naming the new epoch Anthropocene is part of a deliberate effort to distract attention from capitalism’s responsibility.

As  I showed in Facing the Anthropocene, that’s simply not true. Earth System scientists have specifically and repeatedly rejected the “everyone is responsible” narrative, pointing out that a few rich countries and a minority of the world’s people are driving environmental destruction.

Anyone who still has doubts should read two recent scientific papers.

In the August 2018 issue of the Proceedings of the National Academy of Sciences, sixteen of the best-known scientific experts on the Anthropocene write: “different societies around the world have contributed differently and unequally to pressures on the Earth System and will have varied capabilities to alter future trajectories.” And in the supplementary information section they write: “the wealthiest one billion people produce 60% of GHGs [Greenhouse Gases] whereas the poorest three billion produce only 5%.”

Those may not be perfect Marxist analyses, but they certainly explode the myth that Anthropocene science blames everyone. Let’s put that confusion to rest.