Two views of food and farming. The origin of climate science denial. The high cost of living well. And a socialist who mostly disagrees with ecosocialism 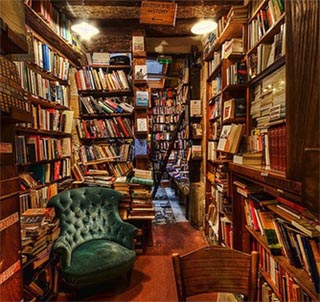 Two views of food and farming. The origin of climate science denial. The high cost of living well. And a socialist who mostly disagrees with ecosocialism

Climate & Capitalism can’t review every book we receive, but this column lists and links to those that seem relevant to Climate & Capitalism’s mission, along with brief descriptions. Titles described here may be reviewed in future. Inclusion of a book does not imply endorsement, or that we agree with everything (or even anything!) these books say.

Stephan Lessenich
LIVING WELL AT OTHERS’ EXPENSE
The Hidden Costs of Western Prosperity
Polity, 2019
At the heart of developed societies lies an insatiable drive for wealth and prosperity, but the benefits enjoyed by the privileged few come at the expense of the many. Lessenich’s theory of ‘externalization’ demonstrates how the negative consequences of our lifestyles are directly transferred onto the world’s poorest.

Nathaniel Rich
LOSING EARTH
A Recent History
Farrar, Straus & Girard, 2019
By 1979, we knew nearly everything we understand today about climate change — including how to stop it. Losing Earth reveals, in previously unreported detail, how scientists fought for action, and the genesis of the fossil fuel industry’s coordinated effort to thwart climate policy through misinformation, propaganda and political influence.

Timothy A. Wise
EATING TOMORROW
Agribusiness, Family Farmers, and the battle for the Future of Food
New Press, 2019
The world already has the tools to feed itself, without expanding industrial agriculture or adopting genetically modified seeds. Most of the world is now fed by hundreds of millions of small-scale farmers, people with few resources and simple tools but a keen understanding of what to grow and how. These farmers can show the way forward as the world warms and population increases.

Kevin D. Walker
THE GRAND FOOD BARGAIN
and the Mindless Drive for More
Island Press, 2019
With industrialization, we entered into a new relationship with food, a grand food bargain between consumers who want more food with less effort and companies whose profits depend on volume. What have we lost in the process?

Alan Thornett
FACING THE APOCALYPSE
Arguments for Ecosocialism
Resistance Books, 2019
Not so much ‘arguments for ecosocialism,’ as ‘arguments with ecosocialists.’ Alan Thornett, a long-time socialist leader in Britain, wants the left to be “more engaged with the environmental struggle” — a worthy objective — but most of his book consists of polemics against socialists who are already deeply engaged. Overall, his way of being “more engaged” involves accepting the views of liberal and lifestyle greens on population, carbon taxes, the role of lifestyle and diet, and other issues. Thornett is a serious activist, but readers interested in ecosocialism should be aware that his views are, to say the least, contrarian. (See Martin Empson’s review in Resolute Reader for a more extended critique.)