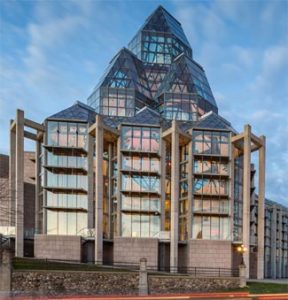 From September 2018 through February 2019, the National Gallery of Canada featured a special exhibition of photographs and videos by Edward Burtynsky, Jennifer Baichwal and Nicholas de Pencier, titled Anthropocene. It was justly described as “a spectacular and compelling visual experience inviting reflection upon the environmental and ethical issues surrounding our exploitation of Earth’s resources.”

On October 13, 2018, the Ottawa New Socialists organized a tour of the exhibit,  led by Brian Donnelly, Professor of Design at York University, followed by a public meeting and discussion at the nearby Routhier Community Centre. This is the video of my presentation at that meeting.