By keeping these simple ideas in mind in all our struggles, we can begin to create a world worthy of our best instincts and desires 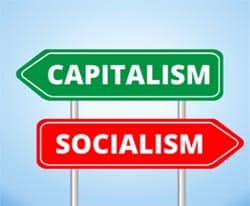 By keeping these simple ideas in mind in all our struggles, we can begin to create a world worthy of our best instincts and desires

Michael Yates is Editorial Director of Monthly Review Press. His most recent book is Can the Working Class Change the World?

Today, the world faces multiple crises. Foremost among them is an impending environmental catastrophe, marked by rapidly rising temperatures and sea levels, widespread extinction and diminution of species, poisoned air, contaminated and polluted water, including our oceans, the loss of soil elasticity, and worsening desertification. We are rapidly reaching a point at which human societies, as we have known them, will be impossible to sustain.

At the same time, we are witness to a phenomenal increase in every manner of inequality — income, wealth, health, life expectancies, access to everything from schooling to drinking water; the spread of neofascist movements in both the Global North and Global South; the spectacular accumulation of power by a few global corporations; and what appear to be endless wars.

Everywhere, there is a palpable sense of multiple alienations: we are separated from and in competition from one another; we are divorced from the goods and services our labor produces; our relationship with nature has been torn asunder; and we are even divided within ourselves, internally plagued with anxiety while we put on a happy outward face.

While there may be any number of proximate causes for these many woes, the root cause is the nature of the system our system of product ion and distribution. Capitalism is a mode of production at whose heart is the ceaseless accumulation of capital, the drive to make as much profit as possible and to utilize it to expand the initial capital, to grow. Accumulation is, in turn, made possible by the exploitation of wage labor and the expropriation of both human bodies and nature.

The manner in which exploitation and expropriation occur and the institutional structure that allows the entire enterprise to be continually reproduced is complex and space limitations do not allow me to explain them fully. However, suffice it to say that the whole edifice rests upon the monopoly of ownership of land, natural resources, buildings, machines, and tools — the very things everyone must have access to in order to survive — by a tiny minority of the world’s people.

Today, the richest 1 percent own more wealth than the other 99 percent. This gives the rich tremendous leverage over everyone and everything else, at work, in the political sphere, with respect to the expropriation of Mother Earth itself. They exert control over every aspect of our lives, and they ravage nature, all in the endless pursuit of money. As Marx said, “Accumulate, accumulate! That is Moses and the Prophets!”

The consequences of capital’s drive to accumulate are those outlined in the first paragraphs above. These will, without doubt, intensify in the coming years, with more and more wealth concentrated at the top, with those at the bottom enduring nothing but suffering, with the planet heating up and making human life increasingly precarious. This means that we are doomed unless radical, all-encompassing change takes place. There are two implications of this. First, we must abolish every aspect of capitalism, root and branch. At a minimum, these must end:

These are daunting tasks, to put it mildly. They will require unprecedented global solidarity by wage laborers and peasants. New labor unions will have to be initiated and old ones radically transformed; new political formations, militant and principled, must form; radical, critical education must become central in all struggles and organizations; direct confrontations with governments to win programs guaranteeing greater working-class security must be waged; and direct actions, forms of collective self-help must be developed, aimed at providing basic necessities and creating alternatives to capitalism within its shell.

Second, we will have to figure out what kind of society should we aim to create? Some form of eco-socialism would seem indispensable if humanity is to survive on anything resembling a sustainable earth. While neither I nor anyone else can or should lay out a detailed blueprint of such a mode of production, it is possible to describe in general terms what our goals are. Here are some of them, put in the form of demands:

A planned economy. The anarchy of the marketplace should be replaced by conscious planning of what is produced. Periodic economic crises and unconscionable inequality are the direct results of reliance on the market. These are neither desirable nor necessary. Corporations plan, so why can’t society as a whole plan?

Socialization of as much consumption as possible, especially transportation and childcare. Living arrangements could be more collective as well. Not only will this save resources, it will socialize us in ways supportive of feelings of belonging and happiness. We are social animals not meant to live isolated lives surrounded by unnecessary privately owned consumer goods.

Democratic worker-community control of workplaces, with, to the extent possible, the elimination of the detailed division of labor and with machinery built and introduced with social usefulness as the guiding principle. The abolition of wage labor.

Public ownership of all the social institutions that help a society reproduce itself, from schools to media. The same should be the case for as much of the production of goods and services as possible. In many cases, cooperatives run by workers and communities should be responsible for production and distribution decisions. Local supplying is especially important for food, both in terms of transportation expenses and a healthy environment. It will be much easier to return nutrients to the soil organically when food is grown close to where it is consumed.

A radically egalitarian society, with equality in all spheres of life — between men and women, among all racial and ethnic groups, among all people irrespective of their gender identity or sexual preference, among and within every country with respect to work, region, and access to all social services and amenities.

What we must always struggle against is the rampant individualism and egotism that allows the many to be dominated by the few. Such a society cannot possibly be liberating; it cannot terminate the multiple alienations we feel. We are thinking and purposive beings, with tremendous potentialities. A good society must ensure that these can develop for the good of all.

If we keep these simple ideas in mind in all our struggles, then we are bound to begin to create a world worthy of our best instincts and desires. There will be many mistakes along the way and many lessons to be learned. However, if human beings lived for most of their time on earth in a collective, sharing manner, there is no reason why we cannot consciously take everything we have learned since the demise of our previous way of living and create something that builds a modern and better version of it.

This article first appeared in the Winter 2019 issue of Left Turn, published by the Beyond Capitalism Working Group of the Alliance for Sustainable Communities–Lehigh Valley. Reposted with kind permission from the author.