The wealthier they are, the more they fear that others will try to take their wealth. No wonder the super-rich are building bunkers to escape the apocalypse. 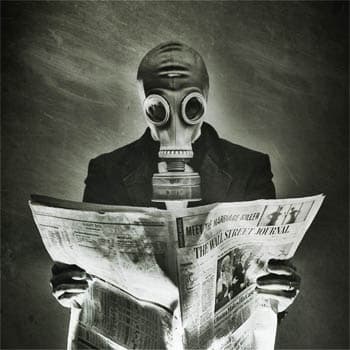 The wealthier they are, the more they fear that others will try to take their wealth. No wonder the super-rich are building bunkers to escape the apocalypse.

Kurt Cobb is a freelance writer and communications consultant who writes frequently about energy and environment. This article is reprinted, with permission, from his excellent blog, Resource Insights.

Professor and author Douglas Rushkoff recently wrote about a group of wealthy individuals who paid him to answer questions about how to manage their lives after what they believe will be the collapse of society. He only knew at the time he was engaged that the group wanted to talk about the future of technology.

Rushkoff afterwards explained that the group assumed they would need armed guards after this collapse to defend themselves. But they rightly wondered: in a collapsed society how they could even control such guards. What would they pay those guards with when the normal forms of payment ceased to mean anything? Would the guards organize against them?

Rushkoff provides a compelling analysis of a group of frightened wealthy men trying to escape the troubles of this world while alive and wishing to leave a decaying body behind when the time comes and transfer their consciousness digitally into a computer. (I’ve written about consciousness and computers previously.)

Here I want to focus on what I see as the failure of these people to understand the single most salient fact about their situations: their wealth and their identities are social constructs that depend on thousands if not millions of people who are employees; customers; employees of vendors; government workers who maintain and run the law courts, the police force, the public physical infrastructure, legislative bodies, the administrative agencies and the educational institutions — and who thereby maintain public order, public health and public support for our current systems.

Those wealthy men aren’t taking all this with them when they die. And, while they are alive, their identities will shift radically if the intellectual, social, economic and governmental infrastructure degrades to the point where their safety is no longer guaranteed by at least minimal well-being among others in society. If the hunt for diminishing food and other resources comes to their doors, no army of guards will ultimately protect them against the masses who want to survive just as badly but lack the means.

One would think that pondering this, the rich who are capable of pondering it would have an epiphany: Since their security and well-being ultimately hinges on the security and well-being of all, they ought to get started helping to create a society that provides that in the face of the immense challenges we face such as climate change, resource depletion, possible epidemics, growing inequality and other devils waiting in the wings of the modern world. (In fairness, some do understand this.)

At least one reason for the failure of this epiphany to occur is described by author and student of risk Nassim Nicholas Taleb. Taleb describes how the lives the rich become increasingly detached from the rest of society as arbiters of taste for the wealthy convince them that this detachment is the reward of wealth. The rich visit restaurants that include only people like themselves. They purchase larger and larger homes with fewer and fewer people in them until they can spend whole days without seeing another person. For the wealthiest, neighbors are a nuisance. Better to surround oneself with a depopulated forest than people next door.

The rich are convinced by this experience that they are lone heroes and at the same time lone victims, pilloried by the media as out of touch and heartless. These self-proclaimed victims may give to the Cato Institute to reinforce the idea that the individual can go it alone and should. They themselves have done it (or at least think they have). Why can’t everyone else?

The wealthier they are, the more their fear and paranoia mounts that others not so wealthy will try to take their wealth; or that impersonal forces in the marketplace will destroy it or at least diminish it significantly; or that government will be taken over by the mob and expropriate their wealth through high taxes or outright seizure. And, of course, there are the natural disasters of uncontrolled climate change and plague, just to name two.

It’s no wonder some of the super rich are buying luxury bunkers to ride out the apocalypse. These bunkers come with an array of amenities  that include a cinema, indoor pool and spa, medical first aid center, bar, rock climbing wall, gym, and library. High-speed internet is included though one wonders how it will work after the apocalypse.

But strangely, even in these luxury bunkers built in former missile silos, dependence on and trust in others cannot be avoided. The units are actually condominiums. And while they contain supplies and ammunition said to be enough for five years, it will be incumbent on the owners, whether they like it not, to become intimately acquainted with their neighbors in order to coordinate a defense of the compound should that need arise.

The irony, of course, is that this is precisely the kind of communal entanglement which their wealth is supposed to allow them to avoid. Society, it seems, is everywhere you go. You cannot avoid it even when eternity is advancing on your door. And, you cannot escape with your consciousness into a computer (assuming that will one day be possible) if there’s no stable technical society to tend to computer maintenance and no power to keep the computer on.

It turns out that we are here for a limited time and that trusting and reciprocal relationships with others are ultimately the most important possessions we have — unless we are too rich or too frightened to realize it.