The editor of Monthly Review responds to ‘socialists’ who view the environmental crisis as a problem of technology, not a fundamental rift in society’s relationship with nature. 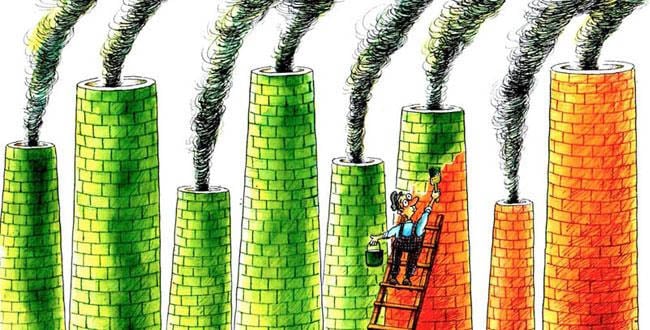 The editor of Monthly Review responds to ‘socialists’ who view the environmental crisis as a problem of technology, not a fundamental rift in society’s relationship with nature.

A month ago in this column, I wrote that the latest issue of Jacobin magazine, which purports to address the environmental crisis, “is definitely on the wrong track.” Although the magazine says it favors eco-socialism, “there is nothing in this issue resembling an ecosocialist analysis or program.” Instead it features article after article endorsing “ecomodernism with a leftish veneer” — techno-fixes that don’t address the root causes of the crisis.

My short article touched on only a few key points, so I am very pleased to see that John Bellamy Foster, author of Marx’s Ecology and many other ecosocialist books, has taken up the subject in depth. In “The Long Ecological Revolution,” a masterful article in the November issue of Monthly Review, he writes:

“No revolutionary movement exists in a vacuum; it is invariably confronted with counterrevolutionary doctrines designed to defend the status quo. In our era, ecological Marxism or ecosocialism, as the most comprehensive challenge to the structural crisis of our times, is being countered by capitalist ecomodernism — the outgrowth of an earlier ideology of modernism, which from the first opposed the notion that economic growth faced natural limits. If ecosocialism insists that a revolution to restore a sustainable human relation to the earth requires a frontal assault on the system of capital accumulation—and that this can only be accomplished by more egalitarian social relations and more consciously coevolutionary relations to the earth — ecomodernism promises precisely the opposite. ….

“It is dispiriting but not altogether surprising that some self-styled socialists have jumped on the ecomodernist bandwagon, arguing against most ecologists and ecosocialists that what is required to address climate change and environmental problems as a whole is simply technological change, coupled with progressive redistribution of resources. Here again, the Earth System crisis is said not to demand fundamental changes in social relations and in the human metabolism with nature. Rather it is to be approached in instrumentalist terms as a formidable barrier to be overcome by means of extreme technology. …

“If this stance is ‘socialist,’ it is only in the supposedly progressive, ecomodernist sense of combining state-directed technocratic planning and market regulation with proposals for more equitable income distribution. In this vision, ecological necessities are once again subordinated to notions of economic and technological development that are treated as inexorable. Nature is not a living system to be defended, but a foe to be conquered.”

Foster continues with a detailed critique of articles in Jacobin‘s environment issue, focusing in particular on the articles by Leigh Phillips and Michael Rozworski, Peter Frase, and Christian Parenti, all of whom promote “Promethean views [that] are designed to avoid the reality of the contemporary social and ecological crisis — namely, that revolutionary changes in the existing relations of production are unavoidable.”

This is a powerful and much-needed response to ideas that are gaining traction in some sections of the left. It is an important contribution to the ecosocialist movement, and must-reading for everyone concerned about the fight for sustainable human development in our time.