Lifestyle change and ‘ethical consumerism’ are not bridges to effective social change, but barriers to it. To build effective social movements, we must begin by rejecting individualist approaches.

Lifestyle change and ‘ethical consumerism’ are not bridges to effective social change, but barriers to it. To build effective social movements, we must begin by rejecting individualist approaches. 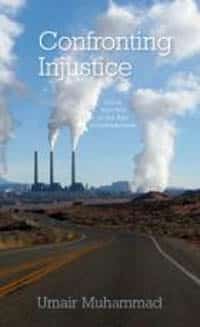 Umair Muhammad is a PhD student at York University. His research focuses on the Political Economy of the Environment, and he organizes with Jane-Finch Action Against Poverty.

In this article Umair summarizes arguments from the introduction and first chapter of his book Confronting Injustice: Social Activism in the Age of Individualism, which has recently been republished, in an expanded edition, by Haymarket Books.

Precisely at a time when we need it most, bold and imaginative activism has made itself difficult to find. It is not the case that activism in general is in short supply. One finds, in fact, that activist ideals and vocabulary have securely made their way into everyday life. But this has happened in a way that has left society fundamentally unchanged. By contrast, the messages communicated by activists have been distorted and have regularly found themselves being used to reinforce the social realities they were originally devised to change.

Perhaps the most blatant example of the co-optation of activist ideals can be seen in the supposed embrace of the concept of sustainability by the corporate world. Oil companies long ago discovered the public relations benefits of describing their operations with the use of phrases such as “sustainable development” and “sustainable growth.”[1] More recently we have witnessed the extraordinary rise in the consumption of plastic bottled water, soon after which came bottled water for those who are environmentally conscious. Or so companies like Nestlé, which eagerly promotes the fact that its bottles now contain “25 percent less plastic,” would have us believe.[2]

The watering down, emptying out, and distortion of activist ideals has been helped along by activists. For one thing, we have too often been willing to ignore the social dimensions of the problems that confront us, believing instead in the idea that the actions of autonomous individuals have led us to our current impasse. Confronting Injustice offers a corrective to this faulty outlook. In the book, I argue that social realities, in particular those created to meet the needs of our economic system, constrain and direct the actions of individuals. It is these social realities, therefore, that must attract most of our attention when we struggle to create change even when reorienting the behaviour of individuals happens to be our ultimate aim.

Living within a social system dominated by the market, it is no coincidence that so many of us have adopted an individualist outlook. The routine of market exchange between individuals who are driven by self-interest has conditioned us to see human society as a collection of disconnected and primarily self-interested individuals. What is troubling is that so many activists have reconciled themselves to this vision of society, and have set about working to reinforce its presence. They have come to champion the values and features of the existing arrangement. In other words, those who have set out to change things are instead working to keep them from changing.

The most common way in which people try to address the problems that they note around them is by making changes in their individual lifestyle choices, and encouraging others to do the same. By making changes in the way we live and becoming “conscious consumers,” this trend suggests, we can make positive change in the world. Along with lowering our overall levels of consumption, we are encouraged to consume organic, fair-trade certified, and locally produced goods. We are told that this will be beneficial for the environment, for farmers in poor countries, as well as for our individual health and spiritual wellbeing.

“Be the change you want to see in the world” is a statement often invoked in support of lifestyle-centric activism. Although these words find themselves regularly attributed to the wise Mahatma, there is no documentary evidence to suggest that they are in fact Gandhi’s.[3] Even if the statement could be attributed to Gandhi, however, it can easily be demonstrated that it was not meant to be a prescription for activism.

While it could certainly be said that Gandhi’s lifestyle choices were a large part of who he was, he understood that simply adopting a minimalist lifestyle would not bring about the change he wanted to see in the world. Creating social change, Gandhi recognized, requires social struggle. In his autobiography, he exhibits keen awareness of the fact that an individual on her own cannot make a difference. He gives special attention to organizing. For instance, while studying for the bar in London Gandhi started a vegetarian club in the community in which he was living. He writes that “this brief and modest experience gave me some little training in organizing and conducting institutions.”[4] He talks about sending telegrams, writing and printing literature, and touring; he documents his first meek attempts, and eventual improvement, in giving speeches to gatherings of people; he offers advice on managing the finances of organizations; and throughout he stresses the need for “agitation.”

Agitation is hardly possible within the marketplace through individual consumer action. We are asked to “vote with our wallets.” The demand we generate will, over time, supposedly cause producers to offer more and more ethical products. Such appeals misleadingly utilize language popularly associated with democracy to talk about an area of life which is fundamentally undemocratic. In the marketplace, some people have bigger wallets than others, and hence, there is an unequal distribution of “votes” among consumers; but perhaps more importantly, producers are not accountable to consumers in any way that resembles democratic institutions. Consumer sovereignty, the idea that independently derived consumer demand drives production, is inconsistent with reality.

In Looking Backward, an 1887 novel by Edward Bellamy, the main character makes his way to a utopian future where the profit motive no longer exists. He surmises that the new arrangement must save “a prodigious amount of lying,” explaining to an acquaintance from the future that “when one’s livelihood and that of his wife and babies depended on the amount of goods he could dispose of, the temptation to deceive the customer – or let him deceive himself – was well nigh overwhelming.”[5]

There is a word we use to refer to this kind of “lying” and efforts to “deceive the customer”: marketing. Producers are vastly more powerful in comparison to consumers. A tremendous amount of effort is expended in order to convince consumers to purchase goods and services. In 2010, global spending on advertising amounted to more than $500 billion.[6] The process of production is strongly tied with the process of marketing of what is produced. Producers bring into existence a large part of the demand which they then fulfill. Writing on the “myth of consumer sovereignty,” the economist John Kenneth Galbraith asks whether “a new breakfast cereal or detergent [is] so much wanted if so much must be spent to compel in the consumer the sense of want?”[7]

Justice, unfortunately, is not something that comes in commodity form. Campaigns focused on ethical consumerism have managed to achieve as much success as they can hope to find: niche markets have been created for especially conscious and wealthy consumers. Strategic uses of boycotts and other consumption-based initiatives as part of wider campaigns can help bring about progress in certain circumstances, but they have to be part of a bigger vision of change to matter.

On its own, there are many good things to be said about cutting back on what we consume and living in a way that is not grounded in petty materialistic values. Living a clutter-free life is a wonderful thing, but it is not in itself the same thing as working to create social change. Indeed, it should be recognized that those who have the ability to make token changes in their lives while retaining, or even enhancing, their standard of living is the result of their position as a privileged minority in a system which overtaxes the environment and exploits the poor. We cannot simply look inwardly and change our individual consumption choices while continuing to benefit from the overall social arrangement.

When faced with the kind of critique presented here lifestyle-centric activists often counter that conscious consumerism is a good “first step.” In my experience, however, those who endorse the idea that better consumption is a form of activism have a hard time moving on to anything else. Year after year I have seen those engaged in promoting lifestyle changes remain stuck in place. Their object has become to convince more and more individuals to become vegetarians, purchase fair-trade coffee, carpool to work, etc. And for most of those who sign on to this approach, the only “next step” they seem inclined to take is to intensify their engagement with conscious consumerism — finding endlessly greater ways to reduce their individual carbon footprint, compost and recycle, eat less meat, etc.

It seems to me that there is a qualitative difference between, on the one hand, embracing the individualism that defines lifestyle-centric activism and, on the other, coming to recognize the social dimensions of the problems we face. The former is not a bridge to the latter, but a distraction away from it. It is a step in the wrong direction. If anything, the first step to take in engaging with social activism should be to openly reject individualist approaches.