Ian Angus replies to a reader. If ‘overpopulation’ is not a primary cause of global environmental problems, what about island nations with limited space and resources? 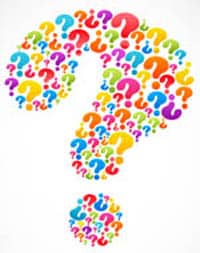 I recently exchanged emails with a reader of Too Many People? Population, Immigration and the Environmental Crisis, which I co-wrote with Simon Butler. Because others may have similar questions, she has kindly granted permission to post her message and my reply. I have made minor stylistic changes for clarity.

I’m contacting you because I’ve just read the book Too Many People? from Ian Angus and Simon Butler. I’ve appreciate the book theory and the many examples but I stay skeptic on one point.

I’m living on the Reunion Island, a French island on the East of Madagascar and the island has become more and more populated: 840 000 people for a surface area of 2,500 square kilometres (970 square miles). In addition, the geological context (very steep and volcanic) limit the population and their activities to the coastal area. In this context, notion of inhabitants number seems to me essential, at the contrary of your theory.

I agreed that some political decisions, in particular link to transport, like the setting up of train transport would limit the many traffic jam and just build more and more roads would increase the number of cars.

However, the food autonomy of the island inhabitants is impossible, simply because there are not enough cultivable areas to feed every inhabitants (with all the kind of food, included meat and dairy products).

What is your opinion about that ? Do you think your theory can meet some limits for particular cases like this one?

Thanks a lot in advance.

Thank you for writing. I do not know enough about Reunion Island to comment intelligently on the situation there, or to suggest what changes might be appropriate, but I hope some general comments may be helpful.

In Too Many People? Simon Butler and I argued against the view that “overpopulation” is a primary cause of the global environmental crisis, and against the related argument that reducing population is an essential precondition for resolving environmental problems. Our counter-position was (and is) that the modern environmental crisis is caused by an economic and social system, capitalism, that must expand to survive, and that systematically devalues the natural world and the essential conditions for human life.

We did NOT suggest that population is never a problem at all, or that any location could support any size of population. On page 191, for example, we explicitly say that “the global hypergrowth of cities is not ecologically sustainable,” and argue that “Society must confront and resolve the gross imbalance that exists between resources and human needs, including the absurd distribution of population that crowds millions into cities while converting productive farmland into biofuel plantations.”

We didn’t address the issue of agriculture in restricted locations, such as islands, but the same concerns apply. I live in Canada, which has vast areas of open and unused land, but that doesn’t mean that the small island in a river near my home could be be home to thousands of people and provide all the food they need. As a more extreme example, Antarctica has enough physical room for millions of people, but it cannot conceivably produce food to support even a dozen.

I do not know why you think we advocate “food autonomy” — I don’t think we ever used that term. We do support what Via Campesina calls “food sovereignty” meaning “the right of peoples to healthy and culturally appropriate food produced through ecologically sound and sustainable methods, and their right to define their own food and agriculture systems.” That clearly does not say that every place in the world can or should be totally self-sufficient.

I hope this clarifies our views.