A year ago, two of the UK’s top climate scientists reviewed the regulations that Obama has now promised to impose. They weren’t impressed … 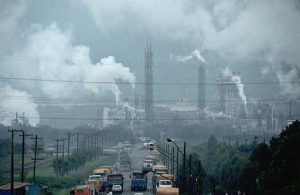 The announcement from the Obama administration that the United State’s power sector would deliver a 30% reduction in emissions by 2030 was hailed by many as a breakthrough in meaningful action. John Kerry suggests the “US is setting an example to the world on climate change” whilst Reuters lead on how the “U.S. unveils sweeping plan to slash power plant pollution” and the president of the World Resources Institute declares the proposals to be a “momentous development.”

Dig a little deeper and there is recognition that more still needs to be done. Bryony Worthington tweets “US creeps towards comprehensive climate action plan. Level of cuts too low over too long a time period. Will need tightening. Just like EU,” whilst Connie Hedegaard (European Commissioner for Climate Action) notes how “for Paris to deliver what is needed to stay below a 2°C increase in global temperature, all countries, including the United States, must do even more than what this reduction trajectory indicates.”

But how much more is needed from the US and international community to meet their repeated commitment  “to hold the increase in global temperature below 2 degrees Celsius”? And is the US proposal part of the solution or part of the problem?

The United States’ plan to reduce power sector emissions by 30% by 2030 (c.f. 2005) is the jewel in the crown of US mitigation policies. Under current proposals economy-wide reductions in total emissions will be much less than 30%; Climate Action Tracker (CAT) estimates emissions will be just 10% below their 2005 level. Yet even if total emissions were to follow the example of the power sector, they would still fall far short of the country’s 2°C commitments enshrined in agreements from the Copenhagen Accord to the Camp David Declaration.

The EU, with emissions per person just 50% of those for a typical US citizen, needs an across the board reduction of over 80% by 2030 (c.f. 2005) if it is to make its fair contribution to avoiding the 2°C characterization of dangerous climate change. Given the higher per capita emissions of the US, reductions there would need to be greater still.

Consequently, whilst Obama’s proposition is certainly brave within the rarified political environment of Congress, it signals yet another wealthy nation whose weak domestic targets are fatally undermining international obligations around 2°C. The low level of ambition of the US, EU, Russia, China et al is why global emissions are set on a pathway much more aligned with a 4°C to 6°C future (~RCP8.5) than the 2°C of our rhetorical targets.

Moreover, given that temperatures relate to the cumulative build up of CO2 in the atmosphere, failure to radically reduce emissions in the short-term locks in higher temperatures and “dangerous” impacts, particularly for “poorer populations.” Ramping up the mitigation effort post 2030 will simply be too late. This is a challenging message with implications for policy makers (and all of us) that we have thus far refused to countenance.

So whilst the science and maths around 2°C provides an unequivocal basis for radical reductions in emissions from wealthier nations, the politics continues to deliver grand but ultimately ineffectual gestures. Politically Obama’s proposal is certainly courageous and one for which he deserves credit. But scientifically, the 30% target and the collective acquiescence it has triggered, is a death sentence for many of tomorrow’s more vulnerable communities.