Canada’s environmental record speaks for itself 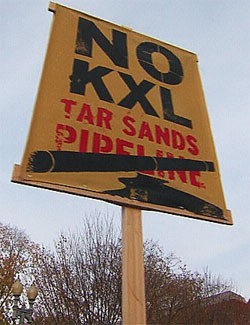 You told the Globe and Mail that Americans who oppose the Keystone XL pipeline just “want to be reassured that we’re not cavalier about the environment.”

So you are now “committed to persuading the American public that Canada is serious about fighting climate change.”

May I offer some advice?

As things stand, your environmental record speaks for itself — and what it says is that you aren’t even a little bit serious.

To show that you are actually serious, you’d need to restore the hundreds of environmental protection laws and regulations that your government has scrapped in the past year.

You’d need to stop the obstructive policies that Canada has followed in international climate talks, and support immediate and decisive action to slash emissions, in Canada and around the world.

You’d have to remove Canada’s  absurdly low cap on the oil companies’ financially liability for  environmental damage and clean-ups.

That just for starters.

But to really convince people that you are “serious about fighting climate change,” you’d have to cancel the Keystone XL pipeline and begin shutting down the tar sands.

So long as your government supports those climate-destroying projects, no one can take your greenwash seriously.