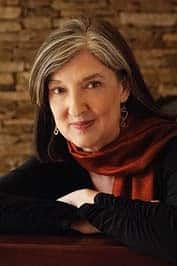 Dellarobia Turnbow, the central character in Barbara Kingsolver’s beautifully written new novel, is an intelligent but poorly educated young woman living in rural Tennessee. Married at seventeen, she now has two young children, a well-meaning but dull husband, and a hard life in a part of the U.S. that comedians mock as backward and urban liberals condemn as mindlessly religious and conservative.

At one level, Flight Behavior is an insightful story of one woman’s belated coming-of-age, her efforts to cope with and perhaps escape the limits that life has imposed on her.

But Kingsolver gives us much more than that. Flight Behavior is a complex picture of the reality of poverty and class divisions in the world’s richest country, of rapidly changing social values even in the reddest of red states, and above all of the impact of climate change on the daily lives of ordinary working people.

A radical change in Dellarobia’s life is triggered by the arrival of millions of monarch butterflies in the woods above the Turnbow farm, their age-old migration patterns disrupted by drastic environmental change. This leads to another invasion – her family and community are disrupted by scientists and reporters and tourists and assorted greens who are drawn by the spectacle and mystery. She’s excited by the attention, intrigued by a brilliant scientist who sets up operations to study the monarchs, and appalled by how ignorant many of the supposedly educated outsiders are about life in her world.

In one particularly telling scene, a well-meaning environmentalist asks her to sign a pledge to reduce her carbon footprint, starting by reducing her family’s intake of red meat.

“Are you crazy? I’m trying to increase our intake of red meat.”

“Because mac and cheese only gets you so far, is why. We have lamb, we produce that on our farm. But I don’t have a freezer. I have to get it from my in-laws.”

Every point in his green lifestyle pledge is just as irrelevant. He tells her to invest in socially responsible mutual funds and stocks, take restaurant leftovers home in Tupperware, and fly less – this to a woman who can’t afford to travel or to eat in restaurants, and who will never play the stock market. Dellarobia and millions like her are not causing climate change: they are victims of forces outside their control, and a green movement that doesn’t realize that is surely doomed.

The butterflies on the mountain get massive media coverage, but the outsiders pay no attention to the destruction of human lives in the valley. The heaviest rains in memory have destroyed crops, including the hay Dellarobia’s family needs to keep their sheep alive through winter. Unprecedented floods are washing the soil away. It’s a whole new world, “different from the one that has always supported them.… a world where you could count on nothing you’d ever known or trusted.”

Butterflies can’t change the hard-wired behaviors that have kept them alive for millennia, and it’s killing them. Human beings can change the way they live: the question is whether they will.

In less accomplished hands, this might have been a preachy book, and indeed there are passages when Kingsolver must put scientific explanations into the mouths of her characters, but she never falls into the trap of writing a tract instead of a novel.

In Flight Behavior there are no noble heroes or demonic villains. No one saves or destroys the world or even tries to tell us how we might do so. It’s at once a moving story about a young woman trying to change her life, and a deeply humane account of working people responding to the local effects of the global climate crisis. It is, very simply, a joy to read.