Study shows once again that the IPCC is far from alarmist, but in fact has under-estimated the problem of climate change

Study shows once again that the IPCC is far from alarmist, but in fact has under-estimated the problem of climate change 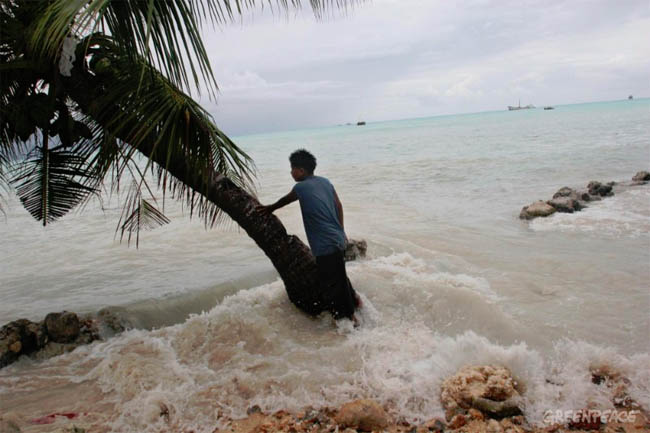 Sea level is rising 60% faster than the IPCC fourth assessment projected. That is according to researchers from Germany, the US and France who have looked at satellite data for the last 20 years.

“Global sea level is rising significantly faster than expected,” Stefan Rahmstorf of the Potsdam Institute for Climate Impact Research told Environmental Research Web. “This is of some concern, because of the large impacts of sea-level rise and because this suggests that sea-level projections for the future might be biased low.”

The team did find, however, that global temperature continues to rise at the rate projected in the last two IPCC reports. “The data put to rest a misconception popular in some quarters, that global warming has slowed down or is lagging behind the projections,” said Rahmstorf. “That is not the case.”

“It is important to properly analyse current climatic trends in the peer-reviewed literature, and to compare the observations to projections that have been made in the past,” said Rahmstorf. “This helps to illuminate possible shortcomings in those projections and to improve future projections.”

The researchers found that sea levels are rising at 3.2 mm per year, according to satellite altimeters. This is near the upper limit of the projected uncertainty range in both the third and fourth IPCC assessment reports; the best estimate in the fourth assessment report was 2 mm per year.

The team believes it is very unlikely that the increased rate is due to internal climate variability, or to factors such as groundwater extraction for irrigation, which over the last 20 years has roughly been cancelled out by water storage in artificial reservoirs.

“I think the IPCC needs to have a critical look at why they have underestimated certain developments, like sea-level rise or the loss of Arctic sea ice, and make sure this does not happen again in its forthcoming report,” said Rahmstorf. “In areas where we do not yet have reliable models, as is the case for sea level, the existence of large uncertainties about future impacts of global warming should be honestly acknowledged.”

The team reported the study in Environmental Research Letters.