Scientists says this is the fifth or sixth worst drought ever recorded in the United States, affecting more area and more intense than any since 1956

The costly and ongoing drought that stretches across a majority of the lower 48 states worsened during the past month, and by one measure it now ranks fifth on the top 10 list of the largest droughts ever recorded in the U.S., according to a new report released Wednesday from the National Climatic Data Center (NCDC).

The drought is affecting the broadest swath of land and has the greatest intensity of any drought since 1956, and is comparable to the Dust Bowl era droughts of the 1930s as well, NCDC scientists reported….

This places the 2012 drought in fifth place based on its aerial expanse, otherwise known as the drought footprint. … 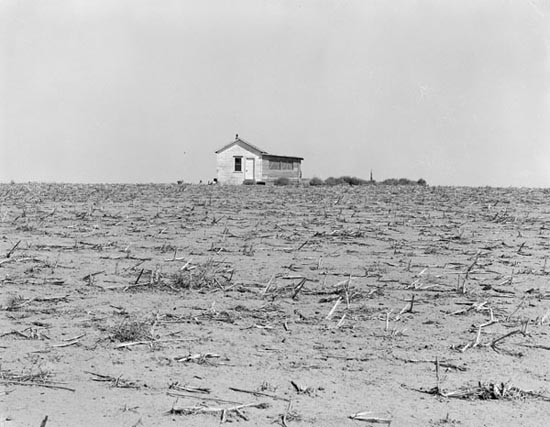