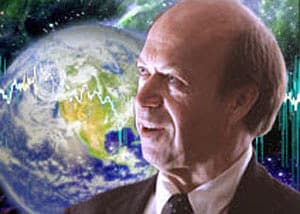 When I testified before the Senate in the hot summer of 1988 , I warned of the kind of future that climate change would bring to us and our planet. I painted a grim picture of the consequences of steadily increasing temperatures, driven by mankind’s use of fossil fuels.But I have a confession to make: I was too optimistic.

My projections about increasing global temperature have been proved true. But I failed to fully explore how quickly that average rise would drive an increase in extreme weather.

In a new analysis of the past six decades of global temperatures, which will be published Monday, my colleagues and I have revealed a stunning increase in the frequency of extremely hot summers, with deeply troubling ramifications for not only our future but also for our present.

This is not a climate model or a prediction but actual observations of weather events and temperatures that have happened. Our analysis shows that it is no longer enough to say that global warming will increase the likelihood of extreme weather and to repeat the caveat that no individual weather event can be directly linked to climate change. To the contrary, our analysis shows that, for the extreme hot weather of the recent past, there is virtually no explanation other than climate change.

The deadly European heat wave of 2003, the fiery Russian heat wave of 2010 and catastrophic droughts in Texas and Oklahoma last year can each be attributed to climate change. And once the data are gathered in a few weeks’ time, it’s likely that the same will be true for the extremely hot summer the United States is suffering through right now.

These weather events are not simply an example of what climate change could bring. They are caused by climate change. The odds that natural variability created these extremes are minuscule, vanishingly small. To count on those odds would be like quitting your job and playing the lottery every morning to pay the bills.

Twenty-four years ago, I introduced the concept of “climate dice” to help distinguish the long-term trend of climate change from the natural variability of day-to-day weather. Some summers are hot, some cool. Some winters brutal, some mild. That’s natural variability.

But loading the die with a warming climate changes the odds. You end up with only one side cooler than normal, one side average, and four sides warmer than normal. Even with climate change, you will occasionally see cooler-than-normal summers or a typically cold winter. Don’t let that fool you.

Our new peer-reviewed study, published by the National Academy of Sciences, makes clear that while average global temperature has been steadily rising due to a warming climate (up about 1.5 degrees Fahrenheit in the past century), the extremes are actually becoming much more frequent and more intense worldwide.

The change is so dramatic that one face of the die must now represent extreme weather to illustrate the greater frequency of extremely hot weather events.

Such events used to be exceedingly rare. Extremely hot temperatures covered about 0.1 percent to 0.2 percent of the globe in the base period of our study, from 1951 to 1980. In the last three decades, while the average temperature has slowly risen, the extremes have soared and now cover about 10?percent of the globe.

This is the world we have changed, and now we have to live in it — the world that caused the 2003 heat wave in Europe that killed more than 50,000 people and the 2011 drought in Texas that caused more than $5 billion in damage. Such events, our data show, will become even more frequent and more severe.

There is still time to act and avoid a worsening climate, but we are wasting precious time. We can solve the challenge of climate change with a gradually rising fee on carbon collected from fossil-fuel companies, with 100 percent of the money rebated to all legal residents on a per capita basis. This would stimulate innovations and create a robust clean-energy economy with millions of new jobs. It is a simple, honest and effective solution.

The future is now. And it is hot.