I recently reposted my 2008 review of Herve Kempf’s book How the Rich Are Destroying the Earth. That review included a short appendix on Thorstein Veblen’s 1899 book The Theory of the Leisure Class, which Kempf says explains today’s economic and environmental crises. 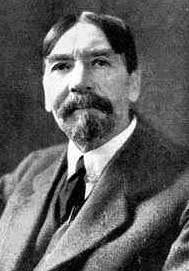 In my view, Veblen’s book was “one of the best works of social criticism of his time,” but its “attempts at scientific explanation didn’t make much sense in 1899 and have not aged well.”

That prompted vigorous criticism from Michael Dawson, author of the excellent book The Consumer Trap. In his view I was “seriously unfair to Veblen,” whom he called a “towering thinker.”

While agreeing that The Theory of the Leisure Class is “by far his worst book,” Dawson wrote that “leftists should not allow liberals ownership of Veblen, and should read him often and carefully. ”

My response was that I was discussing the book Kempf based his argument on, not offering a summation of Veblen’s entire life’s work. “I do not accept that any criticism of Veblen must be offset by a declaration hailing him as a genius.”

This week, another writer whose work I greatly admire published a paper that he presented at a recent symposium on Veblen. Like me, Michael Perelman says that “Veblen directed his merciless criticism at the material and cultural defects of capitalism rather than the existing social relations underlying capitalism.”

Within that framework, Perelman’s overall assessment of Veblen’s work is very positive — he calls his cultural critique “unparalleled in the English speaking world,” and says that “Thorstein Veblen has become more relevant than ever, given current conditions.”

I stand by my criticism of The Theory of the Leisure Class, but Perelman’s paper, which focuses  on Veblen’s later work,  provides a more balanced assessment.  Download: Thorstein Veblen: An American Economic Perspective (PDF).

Perelman maintains the excellent blog Unsettling Economics. His recent books include The Confiscation of American Prosperity and The Invisible Handcuffs of Capitalism.