In 1896, this artist got it exactly right 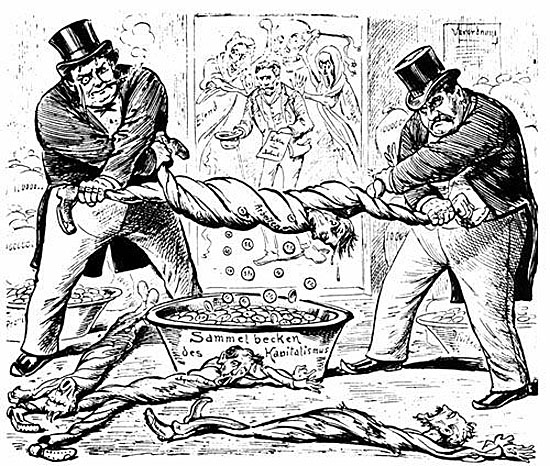 This drawing looks like a 19th or early 20th century print, but there was no information accompanying it. Can anyone tell me who the artist was, when or where  it was first published, etc?

The text in the drawing reads Sammelbecken des Kapitalismus, which I think means “Capitalism’s catch basin” — can anyone suggest a more idiomatic translation?

UPDATE:  Thanks to Critical Reading (see comments, below) for identifying the origin of the drawing, the satirical magazine Der neue Postillon (New Messenger), published in Zurich, Switizerland, in 1896.

The original included a caption: “The new relationship between workers and business owners.”