Luxemburg, Trotsky and Lenin were among the most perceptive and compelling revolutionaries of the 20th century. Critically engaging with their ideas can enrich today’s struggles for a better world.

Paul Le Blanc, author and co-ordinator, outlined the purpose of the Get Political! campaign:

“The Occupy movement and the anti-cuts movement have made a huge impact in a short space of time, but we must build on these successes in order to advance struggles of the future.

“By engaging with the lives and ideas of Lenin, Luxemburg and Trotsky, activists will find vital analyses and organisational strategies which can help us overcome setbacks and cause a leftward shift of the political mainstream.”

The campaign gives those involved in recent movements such as Occupy the tools and inspiration to continue their struggle to build a fairer world. A campaign website, www.getpoliticalnow.com, offers the following resources:

Ours is a time of multiple crises generated by global capitalism. It is a time of global resistance, occupation and insurgency. It is a time to connect with the ideas of Rosa Luxemburg, Leon Trotsky and Lenin – a critical-minded engagement with revolutionary resources, based on past revolutionary experience, as we consider future action for social change.

New waves of young activists are compelled to become radical – going to the root of today’s problems, demanding a shift of power in society from the super-wealthy 1% to the increasingly hard-pressed 99%.

Millions of people, generation after generation, have engaged in revolutionary struggles for basic human rights and dignity – liberty and justice for all, experiencing defeats and victories, learning and passing on an accumulation of lessons for those who would continue the struggle.

Luxemburg, Trotsky and Lenin were among the most perceptive and compelling revolutionaries of the 20th century. The body of analysis, strategy and tactics to which they contributed was inseparable from the mass struggles of their time.

Critically engaging with their ideas can enrich the thinking and practical activity of those involved in today’s and tomorrow’s struggles for a better world.

A global activist collective – multiple individuals exploring texts on how to understand and change the world, proliferating study groups connecting revolutionary theory with the struggles of today and tomorrow – reaching out to the rest of the 99%, can have a powerful impact for social change.

It is time, in the most revolutionary sense, to get political. 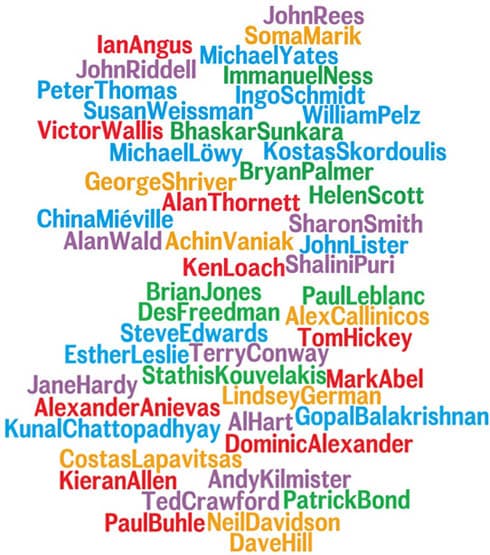