Quoting a mathematical formula might look smart, but algebra is only meaningful when it is given a meaningful content. 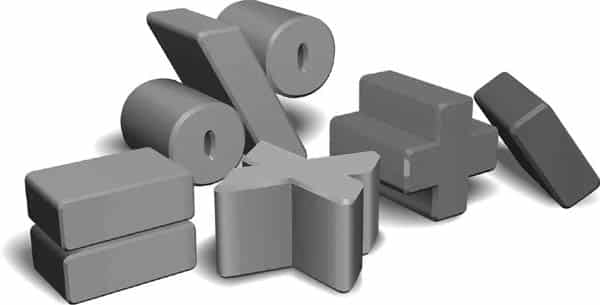 by Ben Courtice
from [bcc:green socialist]

I=P×A×T (commonly pronounced “eye-pat”) is a formula, often cited, describing the factors that cause environmental degradation.

In this formula, I stands for impact; P stands for Population; A stands for Affluence (or amount consumed); T stands for Technology.

At first glance this is an indisputable description of the overall impact of humanity taken as a whole. Its use lies in this division of impact into different factors: having done so, we can consider how each separate factor works in our further inquiry.

But by itself, eye-pat is really not a useful description of the problem. It is almost mathematically meaningless, because A and T simply describe averages, per capita. Taken together, they add up to the average ecological footprint of each unit of population (each person, that is). So the total impact equals the average impact multiplied by the number of people.

The mathematics of this is as profound as saying that a number equals half of itself multiplied by two.

The formula is also based on, and biased toward a population focus. It divides impact by person, not by income bracket, nation, bio-region, or any of the other possible ways of dividing up society’s overall impact. This predisposes the formula to an individualist and consumerist approach to solving environmental impact and it predisposes the formula to suggesting population control measures. Yet population is just one arbitrary factor among many that could have been chosen, and our impact as individuals is only caused by our interactions with others, through work as much as through consumption.

To take apart the formula some more, it is commonly (and fairly) criticised that “affluence” takes no account of the vast differences between rich and poor, or the consumption and technology in which we have no direct say – like the resources used to maintain the world’s war machinery and armies for example.

To really examine how an increase in the amount of consumption (or what is consumed) can impact, you have to look at who is doing the consuming and why – not a statistical average of the whole world or whole nation. Population, equally, has to be analysed as an independent factor with its own dynamic of change driven by social and environmental factors to gain any real insight.

But more profoundly, the formula says nothing about how pollution/impact grows in relation to the three factors: each is given an equal weight, independent of way they interact with each other, which is only measured in the end figure of “I”.

Population grows incrementally, generation after generation, at various rates around the world. In Australia, it is only growing due to immigration, as the birth rate is currently below the rate of replacement. Growth due to immigration is not growth in population overall, because population is a global phenomenon. The whole world’s population is projected to peak this century, and its rate of growth has already begun to slow.

Changes in technology and consumption, however, can leap in rapid bounds. Any changes in consumer items or production practices are multiplied through the social mechanism of the market economy.

Imagine a newly released consumer item is put on the market and rapidly taken up by consumers. This addition of one technologically produced consumer item results in an impact that is rapidly multiplied by that part of the population that buys it.

Markets tend to expand because capitalism is a system that requires economic growth to survive, so if an item is successful in a part of the market it is sold fairly quickly to the whole population, or large parts of the population. This applies to SUVs or McMansions as much as iPods or fresh produce imported by fast refrigerated air-freight.

So population growth only adds incrementally to overall impact, whereas changes in technology and production for the market multiply the impact.

Taken on a regional or national level, many factors are quite unrelated to population. Coal for export will continue to be mined and shipped, whether Australia’s population doubles or halves, unless political measures entirely independent of the individualist I=P×A×T paradigm are taken.

A simplistic reliance on eye-pat to “prove” the importance of population controls for environmental protection is very wrong. Population cannot be reduced to one of only three factors that determine ecological impact.

Quoting a mathematical formula might look smart, but algebra is only meaningful when it is given a meaningful content. I=PAT does not impart much meaning.