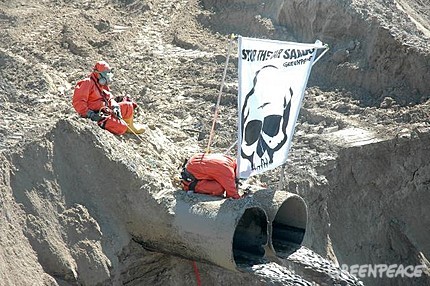 A third group of activists attempted to block another pipe to prevent further toxic contamination of Alberta’s environment, but were intercepted by Syncrude security before they could completely block the pipe. 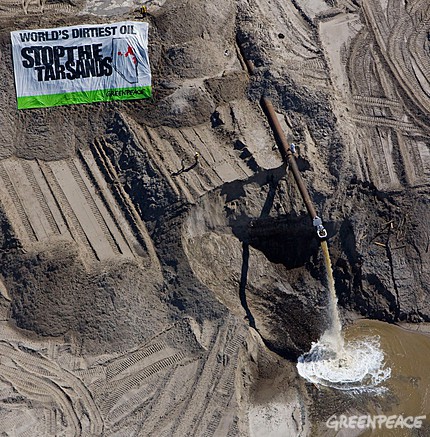 Shortly after 11:00 a.m., Greenpeace activists attempted to block two pipes. They tried to block one of the pipes but were unable due to the enormous pressure from the discharge. Before they were able to attempt the block on a second pipe, they were intercepted by Syncrude security and held until the RCMP could arrive onsite.

Syncrude security arrived on the scene and took 11 activists into custody and handed them over to the Local RCMP. According to news reports, each of the eleven was given a $287 ticket for trespassing,then released.