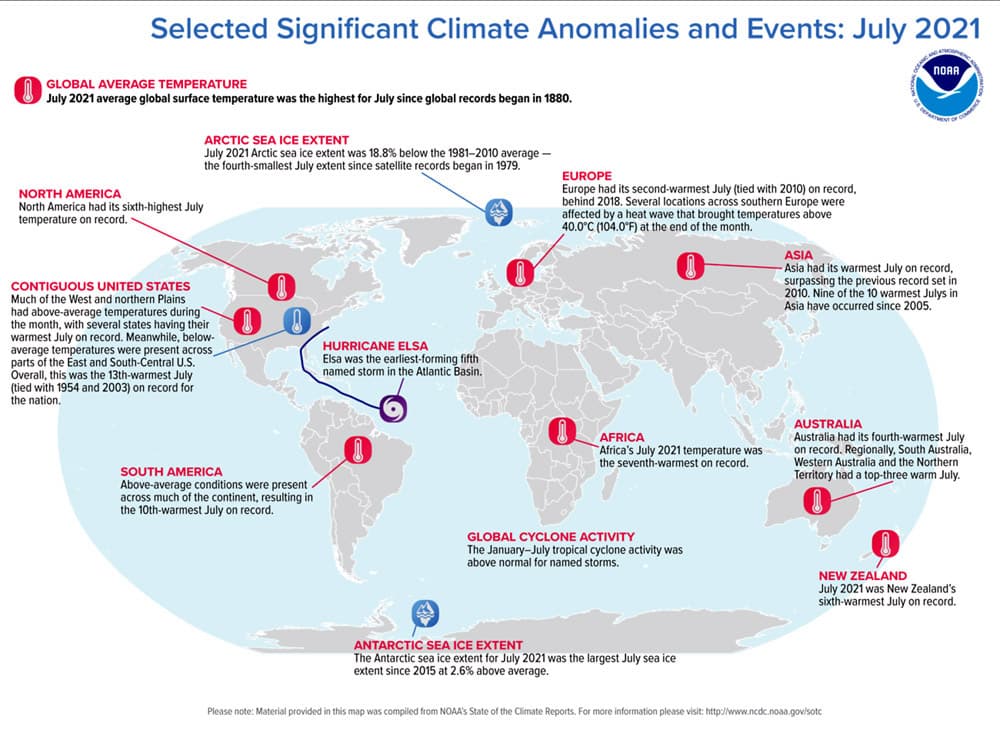 July 2021 has earned the unenviable distinction as the world’s hottest month in 142 years of record keeping, according to new global data released on August 13 by the U.S. National Oceanic and Atmospheric Administration.

“In this case, first place is the worst place to be,” said NOAA Administrator Rick Spinrad in a press release. “July is typically the world’s warmest month of the year, but July 2021 outdid itself as the hottest July and month ever recorded. This new record adds to the disturbing and disruptive path that climate change has set for the globe.”

With last month’s data, it remains very likely that 2021 will rank among the world’s 10-warmest years on record, according to NCEI’s Global Annual Temperature Rankings Outlook.

Extreme heat detailed in NOAA’s monthly NCEI reports is also a reflection of the long-term changes outlined in a major report released this week by the Intergovernmental Panel on Climate Change.

Scientists from across the globe delivered the most up-to-date assessment of the ways in which the climate is changing,” Spinrad said. “It is a sobering IPCC report that finds that human influence is, unequivocally, causing climate change, and it confirms the impacts are widespread and rapidly intensifying.”

(Adapted from materials provided by NOAA.)