Glacier thinning rates have doubled over the past two decades 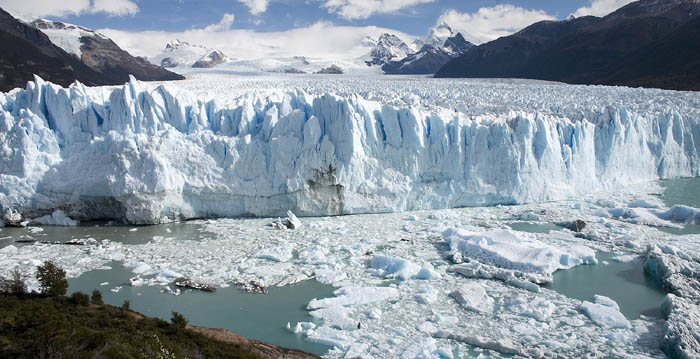 The most comprehensive and accurate analysis to date shows that almost all the world’s glaciers are becoming thinner and losing mass and that these changes are picking up pace.

Glaciers are a sensitive indicator of climate change – and one that can be easily observed. Regardless of altitude or latitude, glaciers have been melting at a high rate since the mid-​20th century. Until now, however, the full extent of ice loss has only been partially measured and understood. A paper published in Nature this week provides the first  comprehensive study of global glacier retreat.

It includes all the world’s glaciers — about 220,000 in total — except for the Greenland and Antarctic ice sheets.

What was once permanent ice has declined in volume almost everywhere around the globe. Between 2000 and 2019, the world’s glaciers lost a total of 267 billion tonnes of ice per year on average — an amount that could have submerged the entire surface area of Switzerland under six meters of water every year. The loss of glacial mass also accelerated sharply during this period. Between 2000 and 2004, glaciers lost 227 billion tonnes of ice per year, but between 2015 and 2019, the lost mass amounted to 298 billion tonnes annually.

Glacial melt caused up to 21 percent of the observed rise in sea levels during this period – some 0.74 millimeters a year. Nearly half of the rise in sea levels is attributable to the thermal expansion of water as it heats up, with meltwaters from the Greenland and Antarctic ice sheets and changes in terrestrial water storage accounting for the remaining third.

Among the fastest melting glaciers are those in Alaska, Iceland and the Alps. The situation is also having a profound effect on mountain glaciers in the Pamir mountains, the Hindu Kush and the Himalayas.

“The situation in the Himalayas is particularly worrying,” explains lead author Romain Hugonnet. “During the dry season, glacial meltwater is an important source that feeds major waterways such as the Ganges, Brahmaputra and Indus rivers. Right now, this increased melting acts as a buffer for people living in the region, but if Himalayan glacier shrinkage keeps accelerating, populous countries like India and Bangladesh could face water or food shortages in a few decades.”