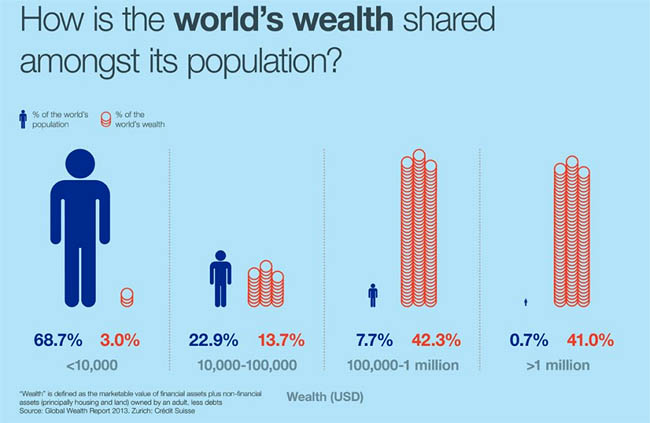 Is the gap between the rich and poor really increasing? That’s a question that has gained increasing importance, not least because in a recent front page article the Economist magazine challenged the high profile evidence presented by the economists Thomas Piketty, Gabriel Zucman and Emmanuel Saez about the major increase in inequality in the United States over the last four decades. They have since replied and many others have leapt to their defense.

Oxfam too is used to its fair share of challenges this time of year, around the launch of our annual report on inequality for Davos, with vocal opponents accusing us of exaggerating and  catastrophizing the situation.

What is definitely true is that the data available on inequality is often very inadequate. It is striking that we live in the age of big data where privacy is increasingly commodified – Facebook is smart enough to advertise baby products before women know they are pregnant – yet governments around the world still fail to collect and publish granular information on how the economy distributes income and wealth to the richest 1% , 0.1% and 00.1%.

This is of course the exact share of the population that has a disproportionate amount of influence on politics and public life.  There is also very little economic data that disaggregates between women and men.

In the absence of an inequality data revolution, this exercise too often falls to academics and non-governmental organizations, who are constrained by inadequate data. They have to attempt to expose an unequal reality through estimates, filling in the glaring data gaps using the best available models and proxies. For example, over 100 researchers have contributed to the World Inequality Database project (WID.world) over the last decade. This effort has helped to build a clear picture that the rich in society are in fact considerably richer than we thought.

Calculating the wealth of the bottom half of humanity, which is key to Oxfam’s statistics, is also an imprecise business.  This year Credit Suisse ­– Oxfam’s main source of wealth data – revised and increased the share estimates for the bottom 50% from 0.43% to 0.98% of world wealth for 2018 (the corresponding figure for 2019 is 0.96%).  Inevitably, this change impacts the inequality picture:  instead of 26 billionaires owning the same wealth as the bottom 3.6 billion in 2018, the figure is 155 according to the revised data. The comparable number for 2019 is 162.

This can of course be painted as a huge change, but the reality is that the proportion of world wealth owned by the bottom half of humanity is ludicrously small ­– it has only been more than 1% in one year since 2000 – and also ludicrously small is the number of individuals holding the same amount of wealth as billions of people (be it 26, 50 or 200). That is the fact that counts.

Focusing on the margin of error of individual inequality estimates risks simply distracting us from seeing the big picture. It is like furiously debating whether the hole in the side of the Titanic made by the iceberg was 10 or 15 metres wide.

Looking beyond the noise, two things we know for sure about inequality statistics.

First, the evidence from the IMF and others is that in many countries inequality is high. We know that it has been growing over the last 40 years, often dramatically, for the majority of people in the world. Despite progress in some countries, income and wealth are increasingly concentrated at the top. The share of income going to the richest 1 per cent of the global population increased in 46 out of 57 countries and areas with data from 1990 to 2015.

Developing countries are more unequal, a legacy of colonial extraction and exploitation in many cases. In the developed world, inequality tends to be lower but has been increasing. At one time it was even thought that greater equality was a natural outcome of development. The big increase in inequality across most countries in the OECD in the last few decades has put paid to this idea. There is of course considerable cross-country variation, with countries like the US and UK seeing bigger increases than countries like Japan, but the trend is clear. 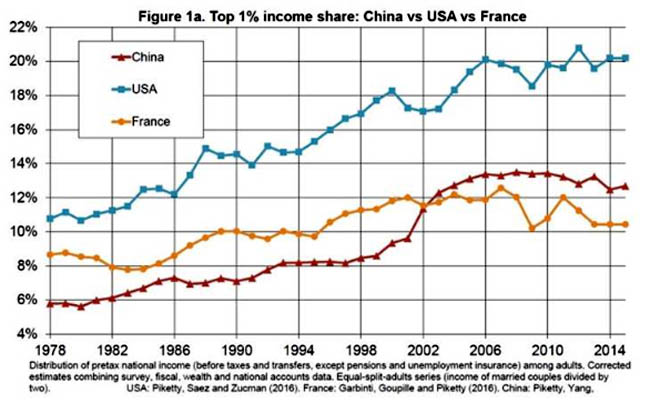 Second we know that whilst the available data is often not good, especially for developing countries, the likelihood of error leans almost entirely in one direction: to underestimate the full scale of inequality. Data and statistics on inequality are based mainly on household surveys which the very poor and the very rich fail to answer.

Or they are based on tax records, which can be a lot better, but even then the data is limited to a tax paying population and relies on a functioning tax authority able to produce usable statistics.  The richest also having a notoriously poor track record in paying the tax they owe.  All of this points to the fact that inequality is considerably higher than it appears.

So whilst we need better data, there is no doubt that we do know enough about economic inequality to know it is time to act. The adverse effects of inequality on a plethora of societal outcomes are widely documented. Economic inequality has deep psychological, social and political repercussions, not least in the age of the climate emergency, where a responsible management of all our resources is required. Income and wealth intersect with class, race, gender, geography, age, health and education to create a suffocating web of inequality and squandered opportunity.  The need to fight inequality is both real and desperately urgent.

Methodological debates are unavoidable, but these debates are regularly exploited with the purpose of stifling or diverting from an increasingly lively debate.  Instead we should focus on how we enact the progressive policies urgently needed to close the extreme and harmful gap between the rich and the rest of society.

This article first appeared in the Oxfam blog From Poverty to Power, under a Creative Commons Attribution-NonCommercial-ShareAlike 4.0 International License