Can the Working Class Change the World? Plagues and the Paradox of Progress. Fishing and Civilization. History of Fossil Fuel. Monopoly Seeds and the Fight to Save Food 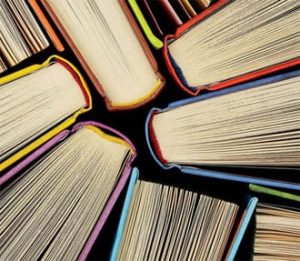 Ecosocialist Bookshelf is an occasional feature. We can’t review every book we receive, but we will list and link to any that seem relevant to Climate & Capitalism’s mission, along with brief descriptions. Titles listed here may be reviewed in future. Please note: Inclusion of a book does not imply endorsement, or that we agree with everything (or even anything!) these books say.

Michael D. Yates
CAN THE WORKING CLASS CHANGE THE WORLD?
Monthly Review Press, 2019
Some radicals deny that a working class in Marx’s sense even exists — or, if it does, that it is so divided by gender, race, ethnicity, religion, and location that it will never be a radical force for change. Michael Yates has no illusions, but he also certain that working people can overcome their divisions and fight for “a fundamentally new society, one with grassroots democracy, economic planning, a sustainable environment, meaningful work, and substantive equality.” He provides a sophisticated and very readable account of the state of the working class in modern capitalist society, and how it can mobilize its own power to change the world. HIGHLY RECOMMENDED!

Thomas J. Bollyky
PLAGUES AND THE PARADOX OF PROGRESS
Why the World Is Getting Healthier in Worrisome Ways
MIT Press, 2018
Recent reductions in infectious disease have not been accompanied by the same improvements in income, job opportunities, and governance that occurred with these changes in wealthier countries decades ago. Bollyky explores the paradox in our fight against infectious disease: the world is getting healthier in ways that should make us worry.

Brian Fagan
FISHING
How the Sea Fed Civilization
Yale University Press, 2018
Fishing was an indispensable and often overlooked element in the growth of civilization. This history of the long interaction of humans and seafood shows how fishing fed human settlement, rising social complexity, the development of cities, and ultimately the modern world.

Simon Pirani
BURNING UP
A Global History of Fossil Fuel Consumption
Pluto Press, 2018
More than half of all fossil fuel ever used was burned in the last 50 years. Dispelling explanations that blame consumerism or population growth is the main problem, Simon Pirani shows how fossil fuels are consumed through technological, social and economic systems, and makes the case that only radical system change can end the fossil fuel economy,

Mark Schapiro
SEEDS OF RESISTANCE
The Fight to Save our Food Supply
Skyhorse Publishing (Hot Books) 2018
Three quarters of the seed varieties on Earth in 1900 were extinct by 2015. More than half of all commercially-traded seeds are controlled by three multinational agri-chemical companies. An investigative report on the monopolization of our food, and the struggle over the earth’s most important resource.